System Notice: We now have a live twitterfeed with… AUTOMATIC UPDATES! Thanks to @Walfas and Twitterfeed! Follow /me/ at http://twitter.com/Mushyrulez as I am obviously better than everyone else!

It’s sorta stupid that we have fanart already, when there’s nothing to be a fan of yet and nothing artistic about the site. Anyways, this is going to go in some archives because it is that awesome. Thanks again, flare~!

…So, this is an anime half season review. The tag “Anime Post” is for episode-by-episode posts, and “Anime Half Season Review” is a review of an anime every 6 episodes, because I don’t have enough time (read: too lazy) to write one every episode, the anime is an old one so writing one every episode would be pointless, or it’s one that I’ve started watching later in the season.

For Working!!, it’s the third scenario. I started watching everything in the middle of the season, so I didn’t really have time to catch up on every series.

Basically, this anime is about…

!! (because every anime /needs/ exclamation marks)

There are people who work in a restaurant whose name is VERY VERY CAREFULLY CONCEALED, so I have CIRCLED it for your CONVENIENCE 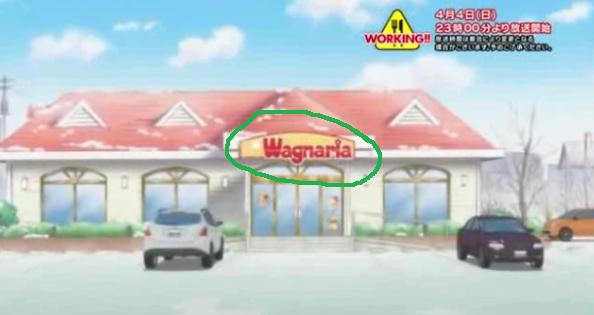 At least it's not Wcdonalds

AND SO THEY SEND SOMEONE OUT TO RECRUIT PEOPLE 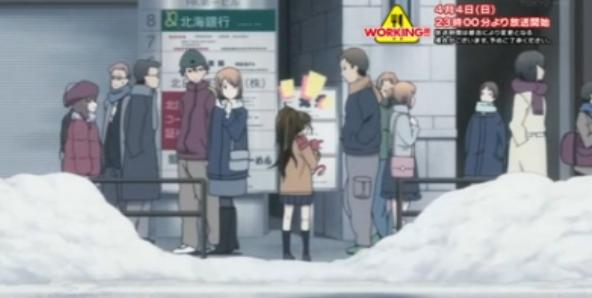 And so by asking random strangers on the street, she finds someone called awesomebananadancer Takanashi SOUTA who is obviously by first sight a very CREEPY LOLICON

Are you sure that's a good thing?

He is so creepy that he likes DAPHNIA. 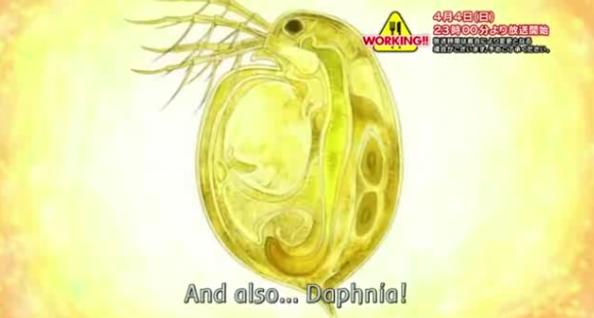 We were studying Daphnia for Science without the teacher telling us their name, and this is how I found out

But thank god he likes Daphnia or else I couldn’t have cheated on my Science (Well, the teacher revealed their name anyways)

Anyways she forced strongly recommended Souta to work for no pay at all.

So he goes to WORK.

The ASSISTANT MANAGER is this person, Shirafuji KYOUKO: 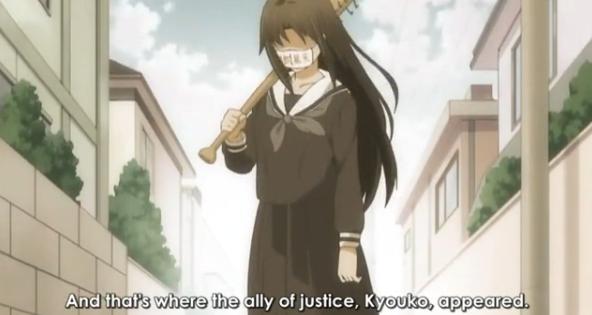 The irony I don't even need to type it out

Who basically does nothing all day and eats the store’s supply of PARFAITS.

Next is Todoroki YACHIYO who was BULLIED as a kid: 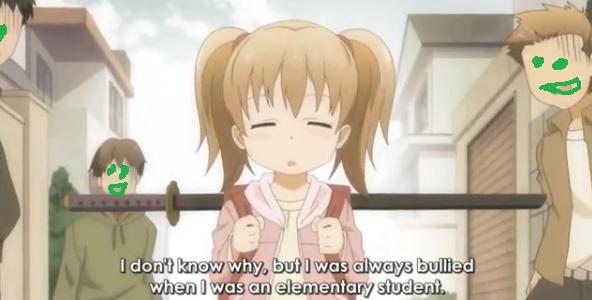 Then there are some boring chefs who do not have even anywhere close of a resemblance between a certain awesome pirate because only one of them has blond hair and smokes. 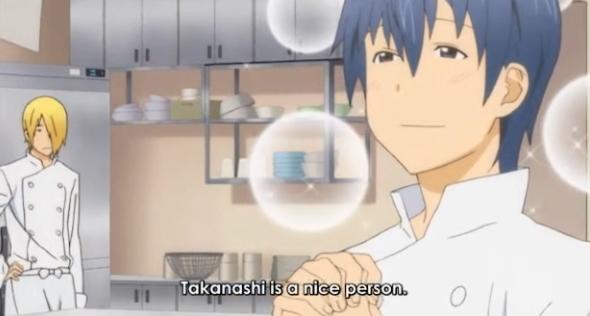 Awesome guy is in the background

Satou JUN is the one who is epic but Souma HIROOMI is just some random n00b who happens to be able to blackmail almost anyone. 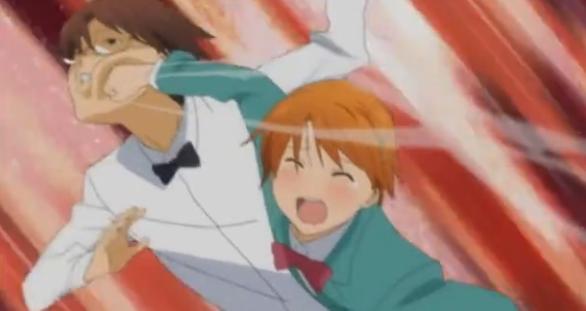 So we have these main characters. Then we realize

THERE IS NO MANAGER

So he comes back from vacation to the restaurant: 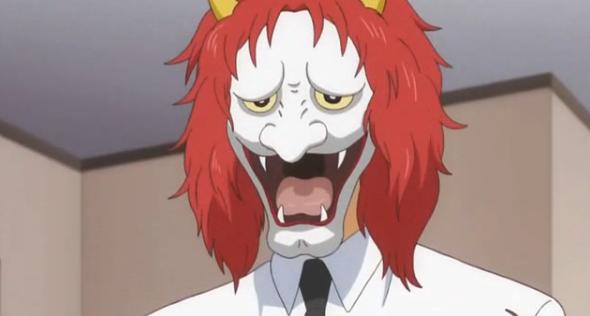 However, he brought souvenirs for Kyouko to eat. This makes Yachiyo jealous cause we all know her parfaits are the only type of food in the world so she STABS STABS STABS STABS SOPRANO TENOR ALTO BASS SAXOPHONE! 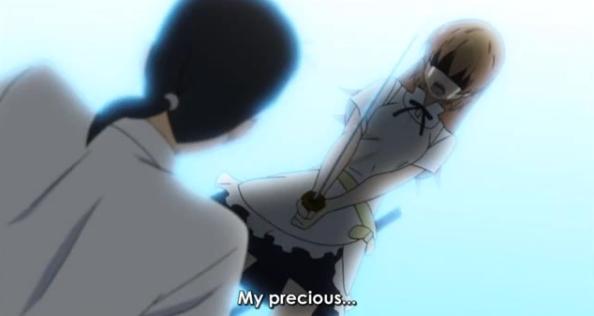 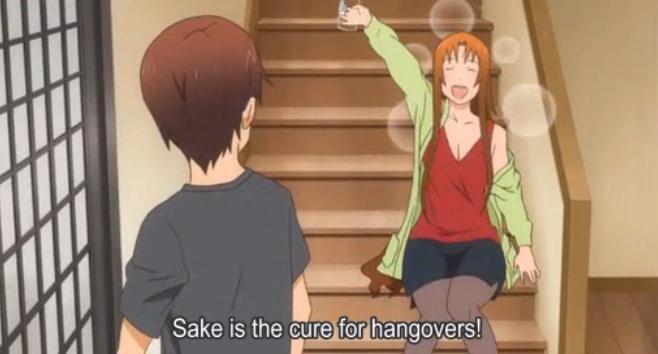 A drunken Suika Kozue then appears, who reveals that she is Souta’s SISTER. KOZUE reveals that Souta CROSSDRESSED when he was little because he could only wear his sisters’ old clothes. Obviously this is very, very bad for his reputation and so he BLACKMAILS EVERYONE 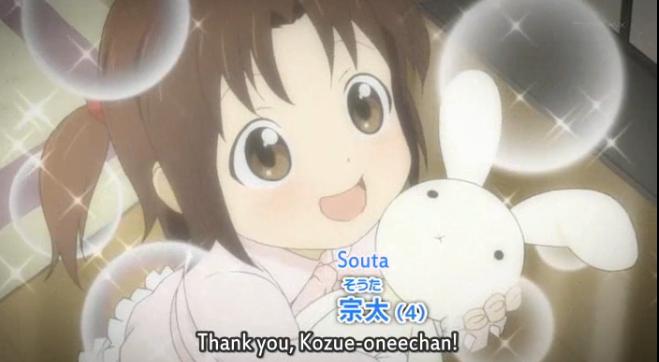 We get introduced to the rest of his sisters, one of which is a NOVELIST, Takanashi IZUMI 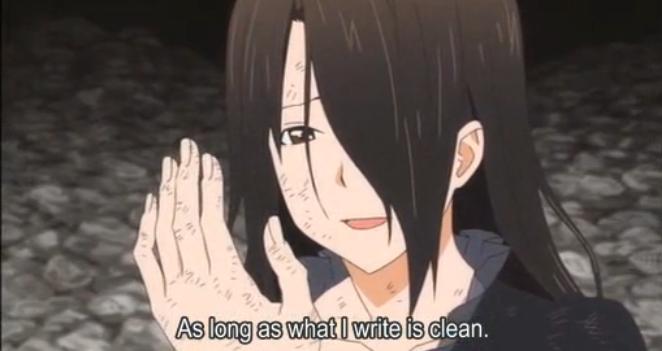 That pile of paper behind her is her room. :/

Then we have an EVIL LAWYER, Takanashi KOZUE 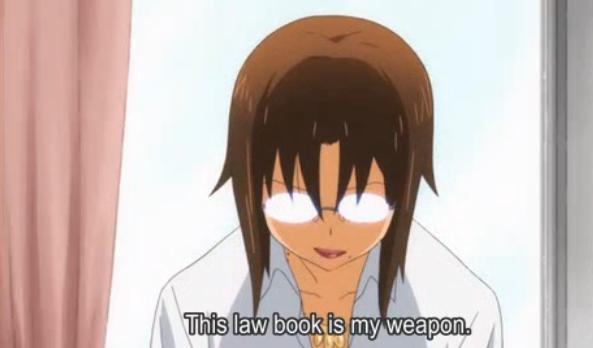 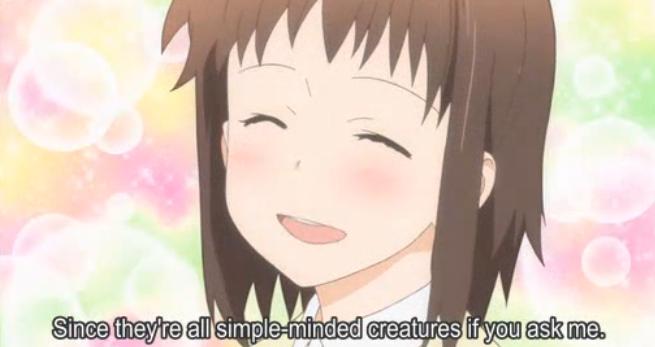 They're all just paramecia

As it’s a moeblob anime, there’s basically NO PLOT WHATSOEVER! Meaning after introducing the characters the show is /over/.

Oh and there’s this: 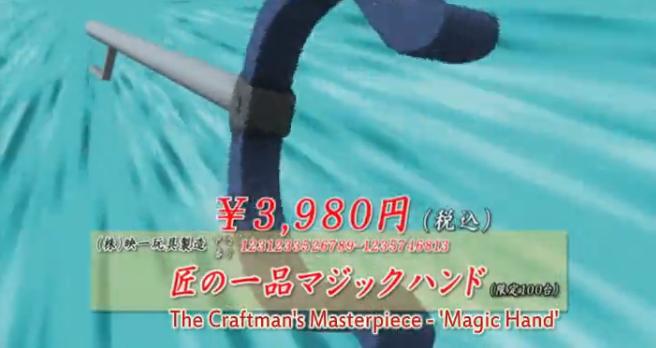 …The thing is, what is there to say about this? It’s based on a 4koma. I’m not gonna analyze anything because /there’s NOTHING TO ANALYZE/.

As for the show itself, it’s interesting; there’s no continuous plot (how many times did I say this now), but each individual scene is humourous enough.

I would recommend it to people who like watching k-On!, etc., but not to many others. To be honest I was not very satisfied with the anime, but who knows what’s going to happen next?

Nevertheless, one thing comes to my attention.

But they’re there for like EVERY ANIME. Durarara!. Angel Beats!. Working!!. k-On!. Mayoi Neko Overrun!. This is a Nonexistant Anime by Mushy!?!?.

Anyways, yeah. If you’ve got stuff to do I wouldn’t recommend watching this anime but if you’re lazy and bored, this is a good way to burn off some time.

This entry was posted on 2010/06/22 by Mushyrulez. It was filed under Animanga and was tagged with Animanga, Anime, Anime Half Season Review, Fanart, Flare, Images, Mushz, System, Working!!.