Alright, this is obviously an O-NEG, (hourai) but for the first time, it will be on a PLATFORM GAME! 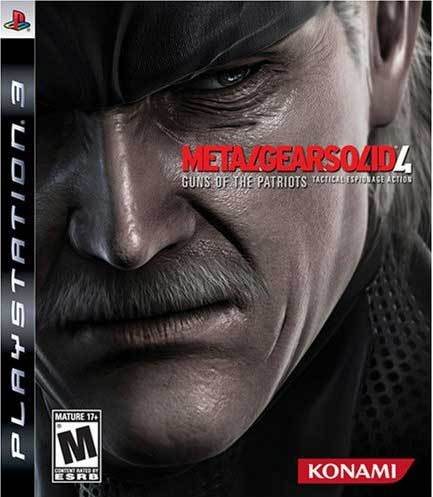 ^OMG ITS AN OLD SNAKE! 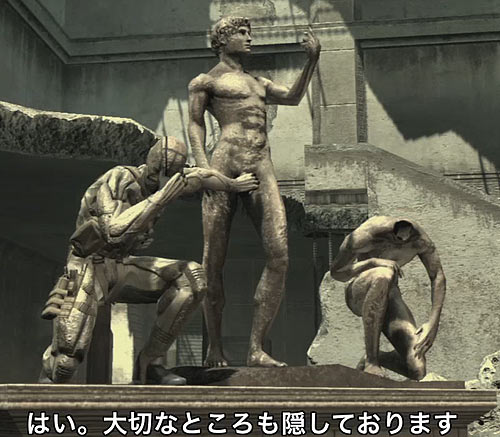 Anyways, you sneak around, dispatching enemies with CQC, (Close Quarter Combat), thus enabling you to strangle them, knife their throat, or use them as a MEATSHIELD!!!

Snake now has an extremely updated arsenal. Because it’s the year 2014, he now has things such as the Solid Eye, which enables him the RADAR AND NIGHT VISION. In addition, he has the Metal Gear Mk. II, a scout machine he can control with…a PS3 controller?

The reason Metal Gear Solid 4 is one of the top games ever made (10/10 on IGN and Gamespot WOO) is because it’s just so free and perfect. Unlike the previous games, you DON’T HAVE to be sneaky and stealthy and stuff. You can be a complete idiot (and badass) and just walk around shooting everyone you see (not recommended though =/) That type of mode is generally used by N00BZ who can’t play stealthy, so I recommend you still play stealthy if you want the full experience. Then again, the shooting components of the game are completely refined, and they’ll feel as smooth as any other shooter you’ve played before.

In addition, there is not a single glitch in Metal Gear Solid 4. Seriously. I’ve played the entire game around 8 times through (that sums up to approximately 48 hours or so of play time) and I have not ever met a single glitch. I’m serious. There is absolutely not a single glitch. Yes, even the usual “my gun is disappearing through a wall WTF” IS GONE!

The great thing about Metal Gear Solid 4 is that Hideo Kojima has a really good sense of humor. For example, there’s this time when Otacon calls in, telling you to switch the disc. Then, he remembers and goes “Oh! We’re on the PS3! It’s a Blu-Ray disc, so we don’t need to switch discs!” (The previous Metal Gear Solid games were so big in capacity that they needed more than one disc :P) 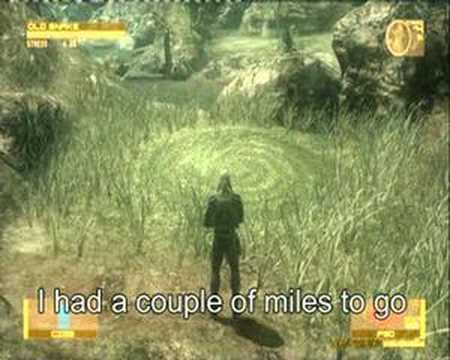 A summarization of each chapter:

Act 1: You’re in like Afganistan or something, and you try to kill Liquid Snake, another old guy. On the way, you meet these bipedal huge war machines named Gekko. 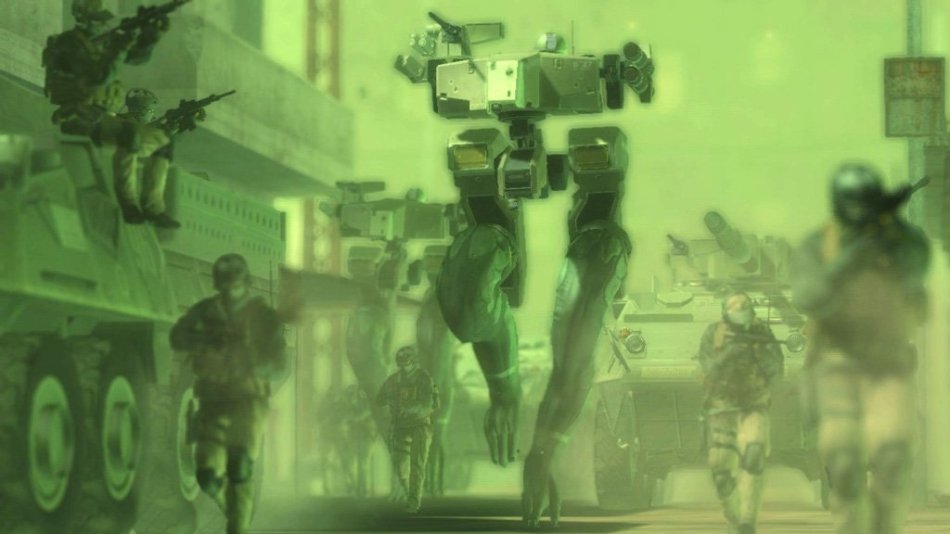 Then, you walk around and you meet this squadron called RAT PATROL 01, and then you kill a bunch of woman soldiers. (Don’t take it the wrong way :P) Then, you find Liquid, get a seizure, and watch him pathetically run away like a sissy girl.

Act 2: You go to South America, sneak around, and eventually fight this octopus woman. 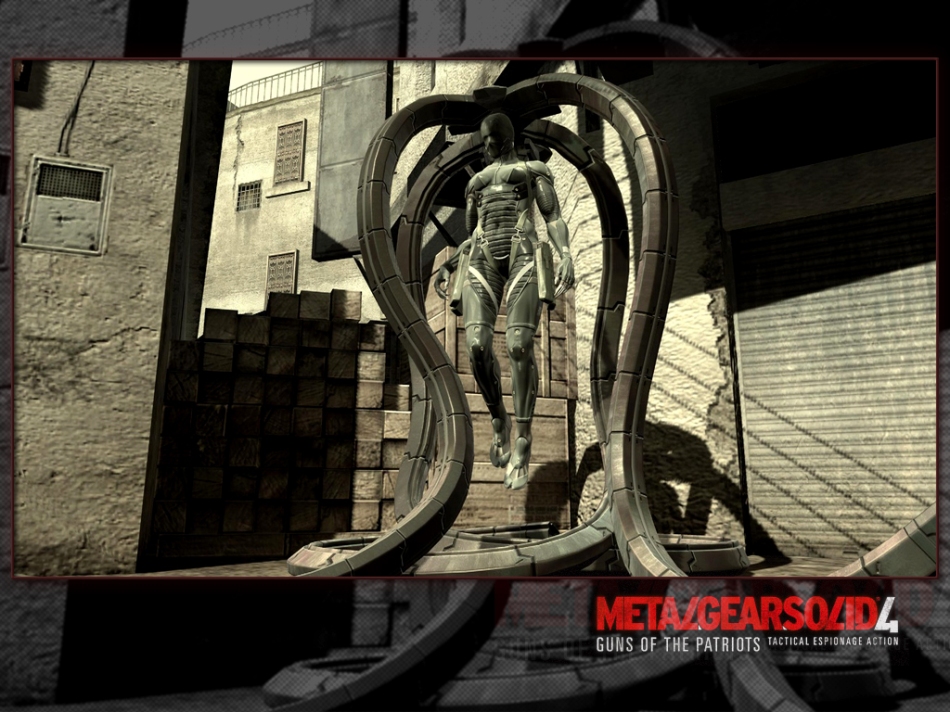 Then, you are unable to find Liquid, jump into a armored vehicle and gun down some MOAR gekko, then get introduced to a bad-ass fight between Raiden, a cyborg ninja (good), and Vamp, an immortal vampire. (bad)

Act 4: You are back at Shadow Moses Island, a island in Alaska used to develop nuclear warheads or something like that. Then, you kill Crying Wolf, a sniper, kill Vamp, and then you board Metal Gear Rex to fight Metal Gear Ray, both amazingly large war machines, kinda like walking tanks with LAZORS. 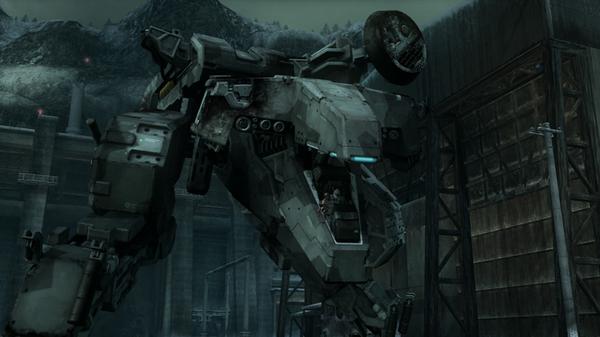 Act 5: YOU INVADE THE SHIP AND YOU PWN LIQUID USING KUNGFU, AND THEN YOU WIN THE GAME!

Overall, Metal Gear Solid 4 is ossum, and so if you have a PS3, get it.