Note to self – don’t empty your recycle bin. Ever. Especially if it’s from a USB stick. And the file is two gigabytes in size.

…Or rather, the file itself is quite small, but if you can only get it from a linked archive that’s two gigabytes in size… 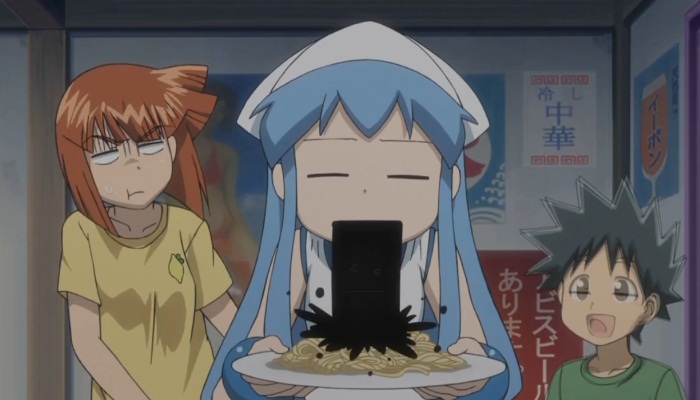 Anyways, one day a squid girl comes from the sea and decides to conquer humanity. Too tired to make some sort of meaningful side-story, so here’s a collection of pictures. Don’t try to make sense out of them, even though they’re in some sort of order. Just watch the anime. 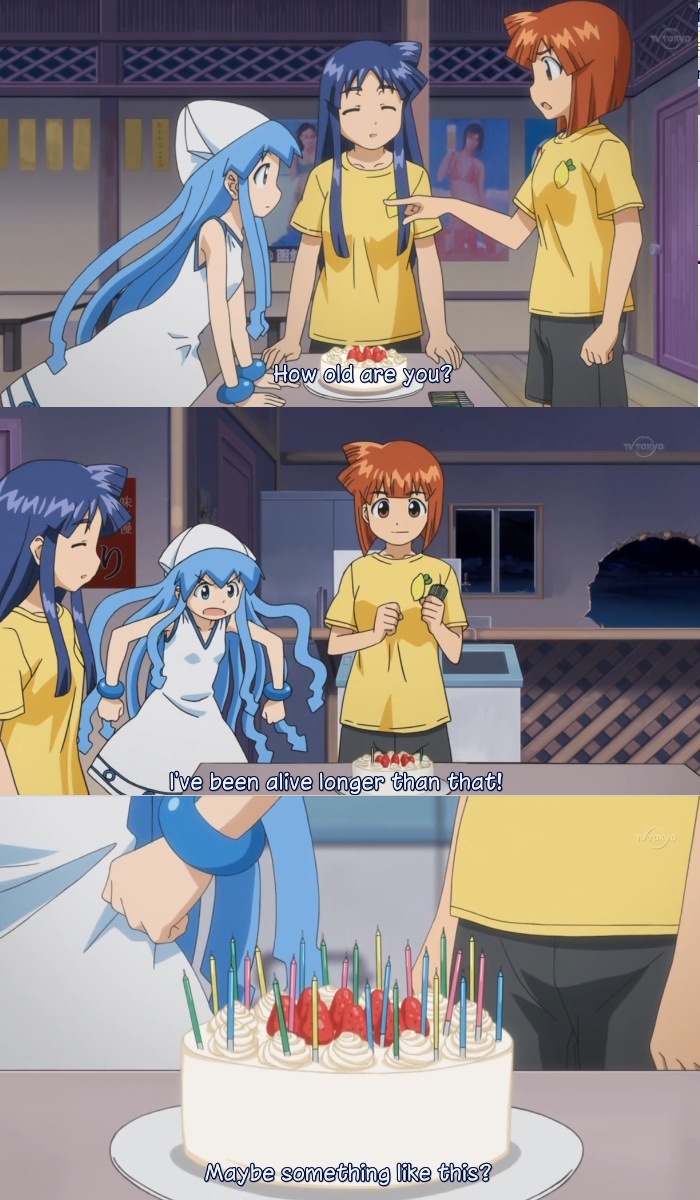 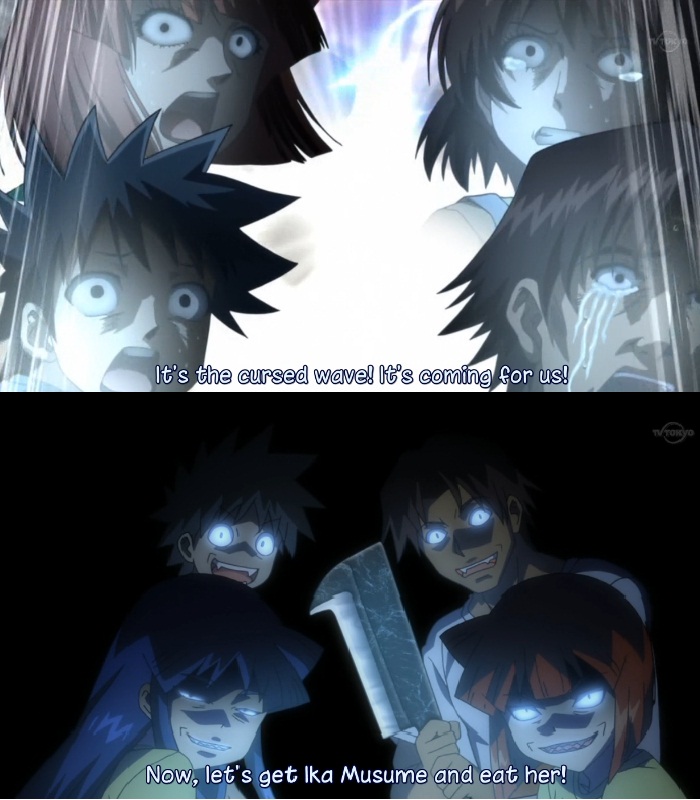 Had a change of heart? 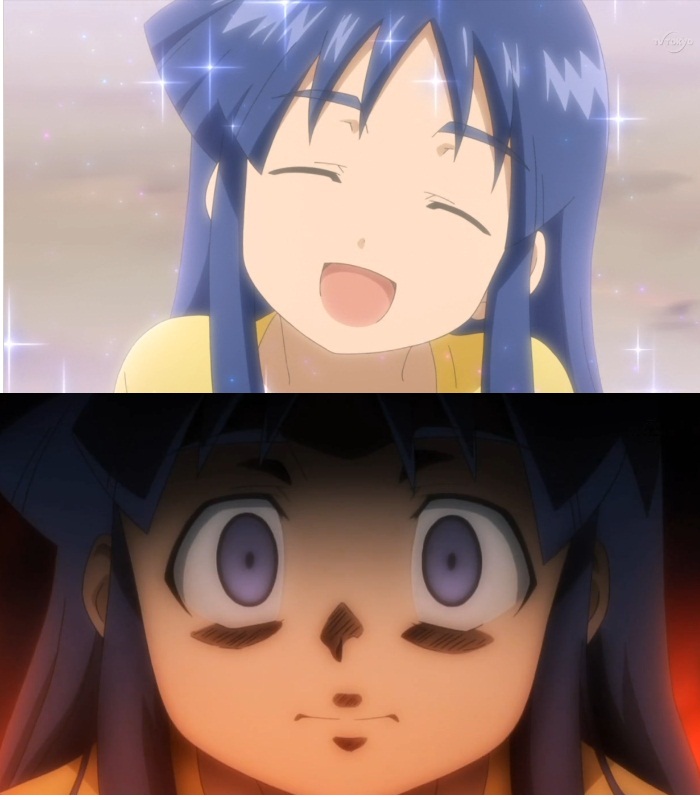 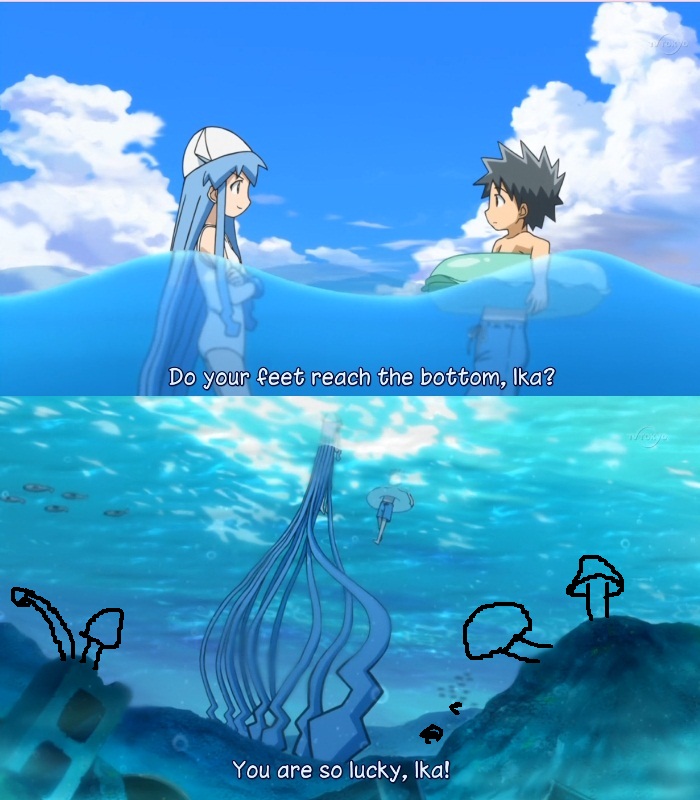 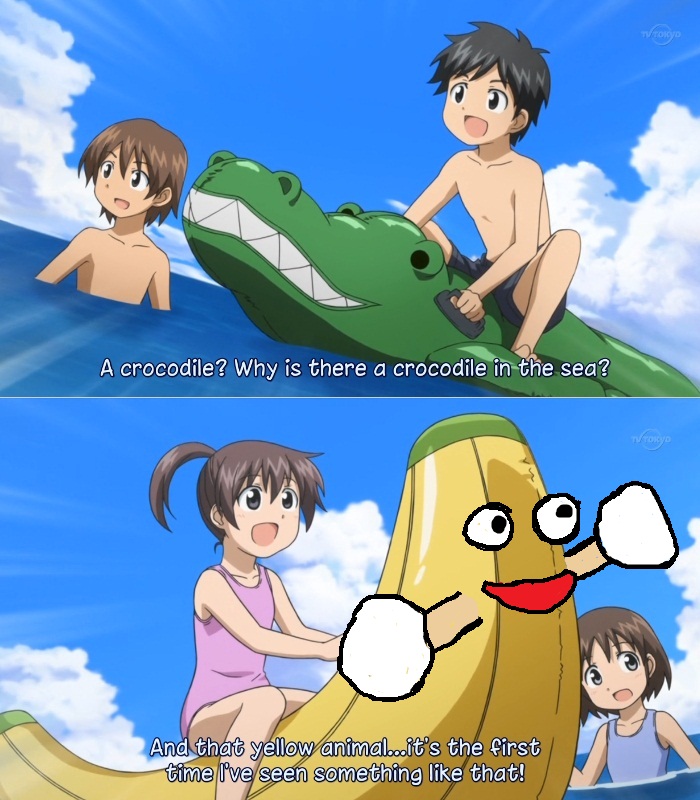 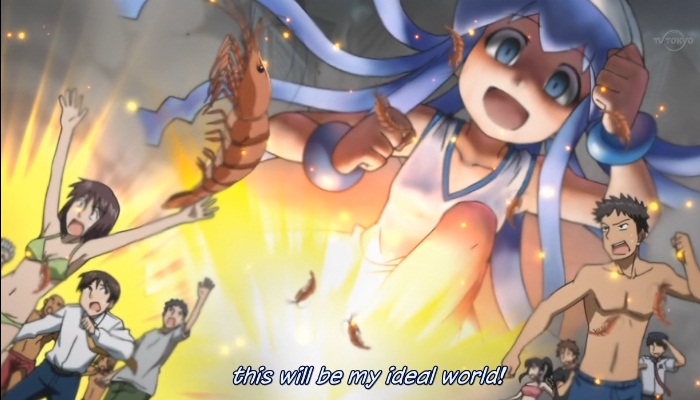 Lemme get it straight here, you want to be a giant with explosive footsteps that turn humans into shrimp? That’s some jumbo shrimp. 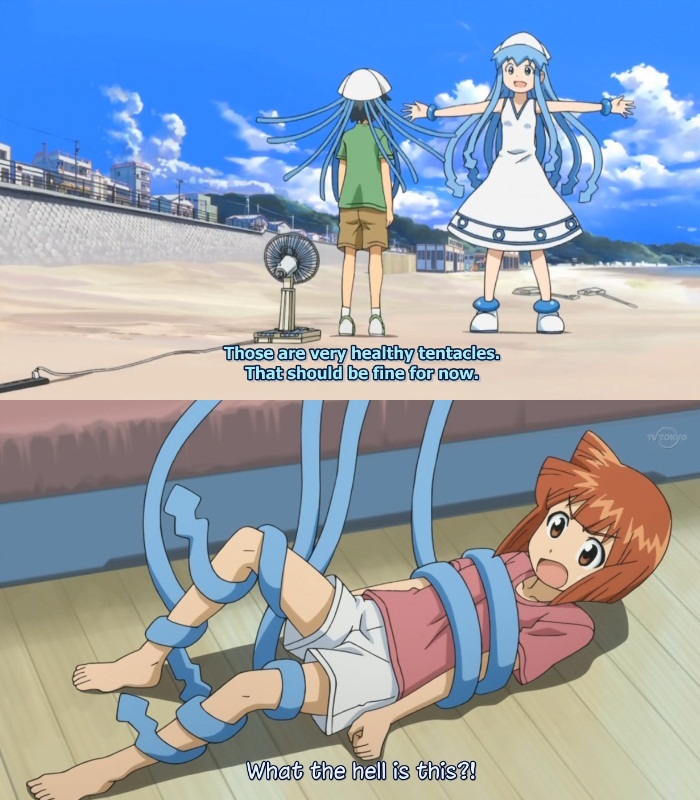 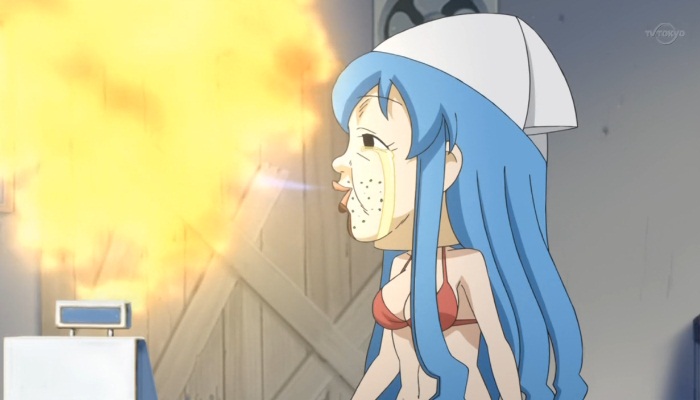 This is seriously creeping me out now, but at least we have a hope in case of a zombie apocalypse… 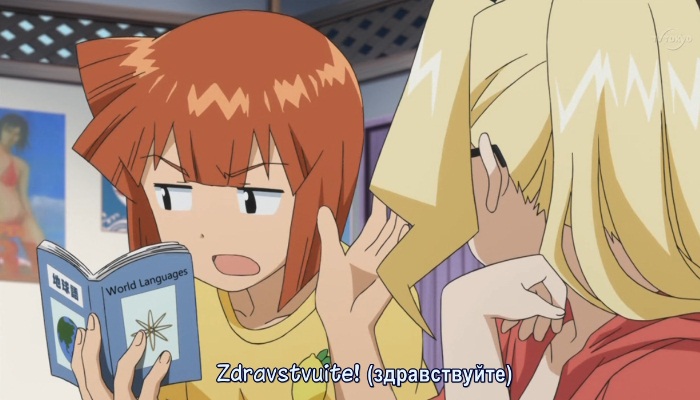 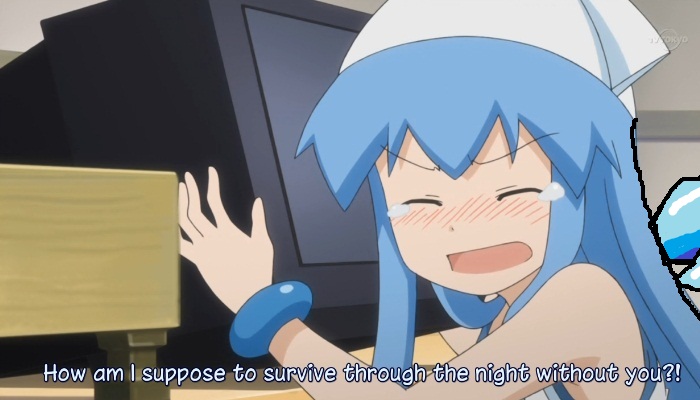 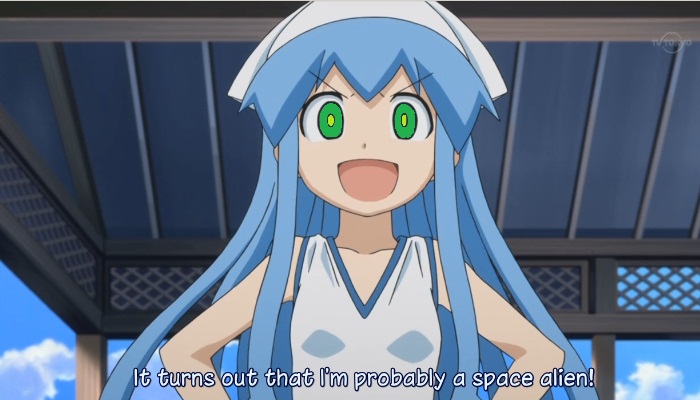 “I have tentacles in my hair!” 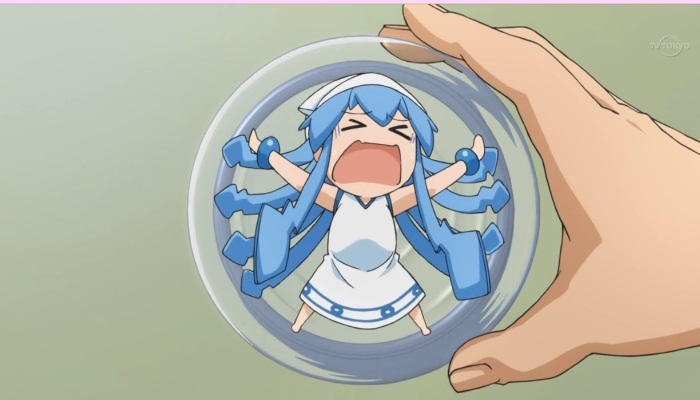 “Stop trying to drop me in a well off the coast of Finland!” 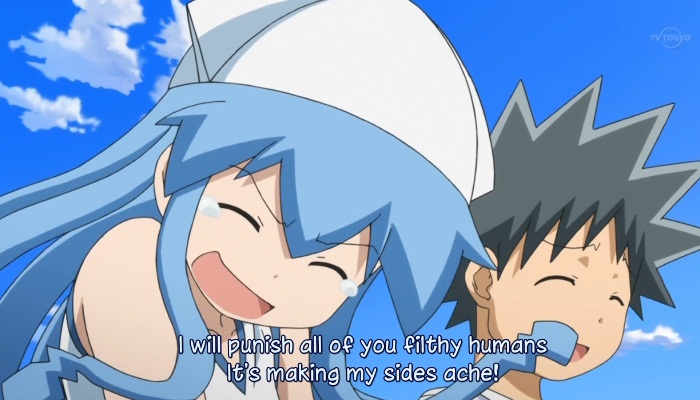 “I WILL PUNISH ALL OF YOU FILTHY HUMANS BY MAKING MY SIDES ACHE!” 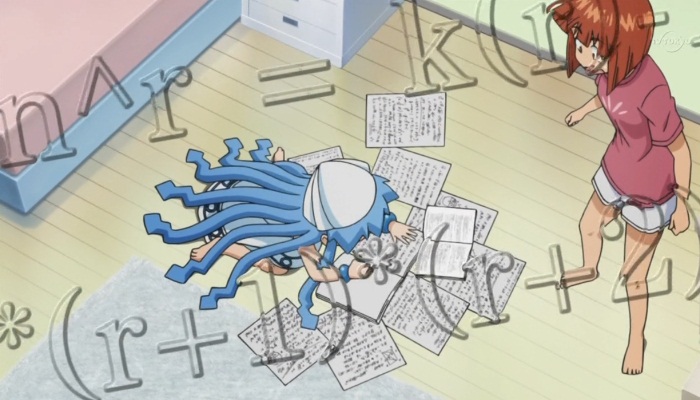 I’m pretty sure the Boltzmann constant isn’t part of math, but oh well… 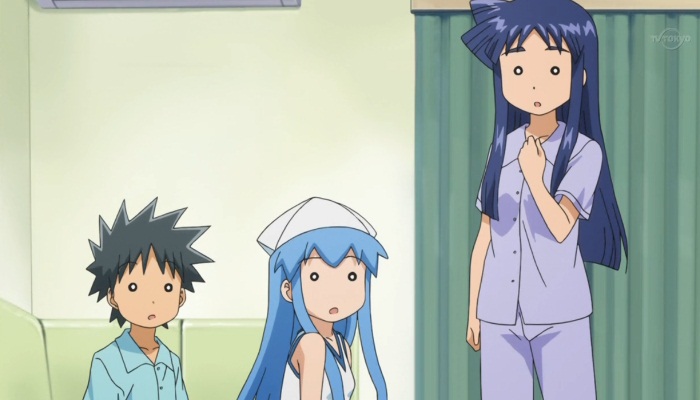 This entry was posted on 2010/11/13 by Mushyrulez. It was filed under Animanga and was tagged with Animanga, Anime, Anime Half Season Review, Images, Links, Mushz, Screencap Collection, Shinryaku! Ika Musume.