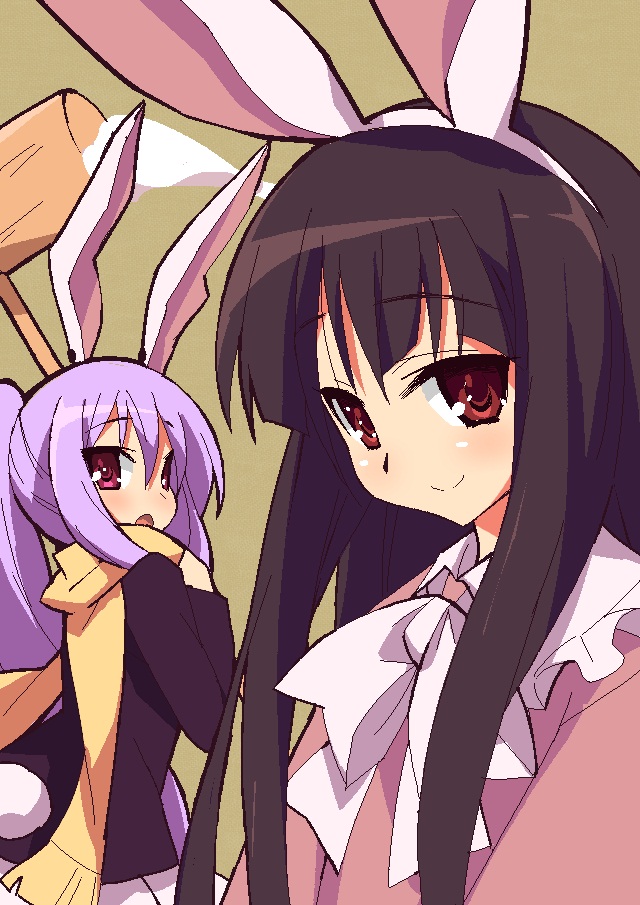 In an attempt to get my thoughts and ideas organized, I shall continue my (apparently completed :v) Organizational Voyage with a new Series, the “End of Imperishable Night” (永夜返し).

The Imperishable Night should end this September, or in about nine months. I’ll keep the updates coming along pretty quickly for now, but it should settle down once things get… y’know, settled down.

First of all, I survived the first (two, Rewriting History woop de woop) days of school. No, not survived. Enjoyed it. School is still wasting my time with these meaningless activities, but at least they’re not tortuous. Then again, school never was tortuous, so…

They (by ‘they’, I mean the Mexican secretly controlling Barack Obama, Stephen Harper, and both of their mothers) should seriously change the education system. Instead of having all of these ‘learning opportunities’, just cram useful stuff into our heads and give us more holidays. Those that wish to learn will learn by themselves, having learned some actually useful information from school. Their experiences will be unique and characterized not by the teacher, holding them by the hand, but by their own will to gather intelligence (and subsequently, fool themselves into thinking they’ve got wisdom as well). Those who don’t wish to learn still learn the useful stuff, but have more time to play, work, and generally do stupid things before society hires them as a farmer, or other equally interesting work. School’s making everything ‘artificial’, insofar that we’re putting school at the forefront of our lives. This is so wrong I don’t even (but what can a little mushroom do about it?)

Next, and I suppose finally, to tie up some loose ends that never really were loose, I’ve got a bit of trivia to keep this post at least somewhat meaningful.

Most of this has been gleaned from my impromptu Portland no-taxation shopping spree, so any hint of humour is obviously accidental.

– ‘Clearance’ in Spanish is ‘liquidación’. ‘Liquidation sale’ sounds much more true than ‘clearance’, doesn’t it?

– Apparently, some stores that I went to only had Large, Larger, and Largest sizes (as well as some XS, which is also a face XS). Knowing that Americans are all really fat, the only conceivable reason that they would be using S and M would be for s-er, never mind.

– In tl;dw’s spells (yes, I still haven’t finished watching that, and once again haven’t watched anime for a long while. I’m also unable to create a season preview, seeing as the time I have on the computer is extremely limited and under constant supervision due to poor strategic placement. I shall attain a portable one soon, I shall, I shall), they’re all like “求めるがライナ、いずち！” (Motomeru ga Ryner, Izuchi). What’s scary is that this is true for like everyone who’s using the the spell. Why? Because we only see people who matter using the spell, and people who matter only matter because they matter to Ryner, who matters. This is no small matter.

– Going on in tl;dw, Sion is not one place. It’s five places. Sion Astal was so famous while he was the Hero King of Roland, that France, Switzerland, Netherlands, the Czech Republic, and even India, have named entire cities after him. On the other hand, Roland was only a principle hero in the Matter of France. This only matters because I said it matters, and be(ry …Sion’s also a type of beer, so he officially gets awesome points. Ryner wasn’t even a real person, much less a type of beer.

– Finishing this randomness (for it is pure randomness – all these topics came up to me on pure chance during my visit to America) up, try plugging your ears (with your fingers), and softly, but deeply, hum ‘ommmmmmm’, like what all those Buddhist men of education do, because men of education use their time saying ‘ommmmmmm’. Then, really slowly, move your teeth slowly together, slowly. Did I mention slowly? I forget what this was supposed to do, as I am unable to reproduce any interesting effect. Tell me what happens, I suppose.

Wait, what? That’s it? What was the point of this post?

Oh yeah, informing you guys that this is still not an aniblog, and just a web-log at heart. I can post whatever I want, and here you go – a rambling befit of a typical teenager at heart and soul.

This entry was posted on 2011/01/05 by Mushyrulez. It was filed under Life and was tagged with danbooru, Images, Life, Mushz, 永夜返し.