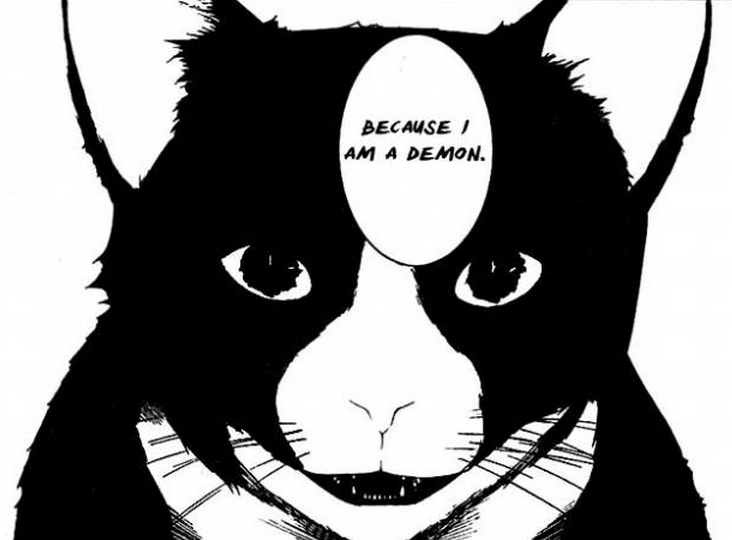 Yoshika’s best friend, Yukina, is dating the person she loves, Koushirou. When one day, a cat demon approaches her, Yoshika gains the ability to steal away Yukina’s body…

Are all people born equal?
Obviously not, but each person’s ‘equality’ differs. What Yoshika might have regarded as a benefit, Yukina may have treated as a liability. It’s impossible to know about anything’s value from anyone’s perspective, besides yourself. All of these differing circumstances and perspectives – do they balance out so that, in fact, all people are born equal?

Is it wrong to take from one who does not deserve it?
If people weren’t born equally, did Yukina deserve such inequality in her favour? Is it wrong for Yoshika to attempt to balance the equation? Or is that the right, just, communistic thing to do? Clipping the heads of all the grass that rise above the lawn – we do it all the time, anyways.

And of course, the main point of this story.

This entry was posted on 2011/01/11 by Mushyrulez. It was filed under Animanga and was tagged with Animanga, Completely Unedited, Images, Manga, Manga Completed, Manga Post, Mushz, Oneshot, Rokuyoku.