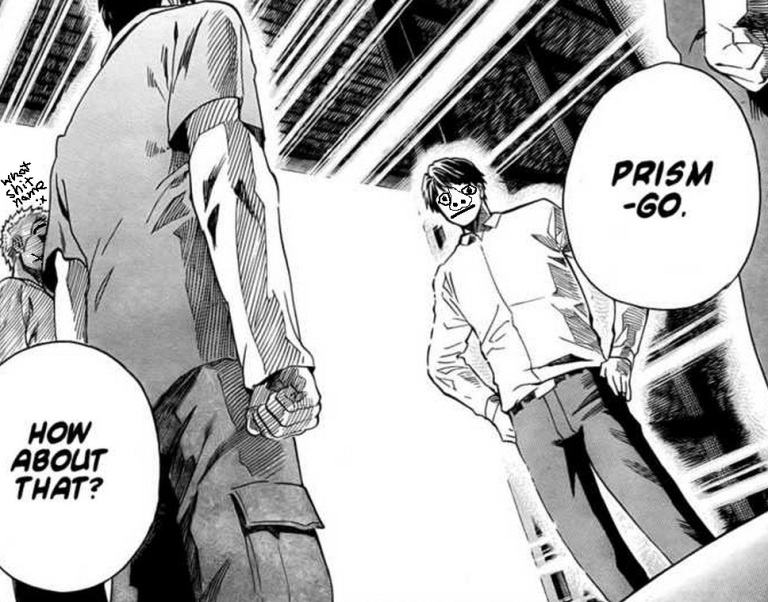 Alright, so Hata’s Teruo, so I think his name is Teruo Hata. Comprende? The Chinese dude is Nishina. The Glasses-guy is Honda. The girl is Junko. And the ULTIMATE ULTRA COOL SUPER WELDER GUY is..

The otamot’s Shouta, but he’s unimportant.

Anyways, Junko gets left alone and starts a fire in the garage. MACCHAN ARRIVES JUST IN TIME AND DOES HIS ULTRA COOL STRONG MANLY STUFF TO SAVE THE DAY

Now the car is finished and they are ready to RACE!!! 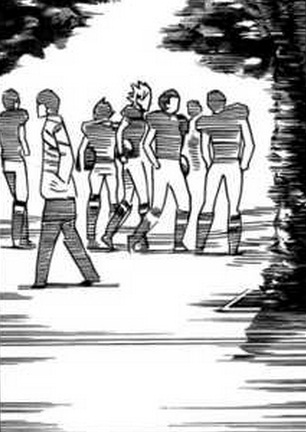 Hah, doesn’t this plot sound so much like Eyeshield 21 (Sena makes a cameo in chapter 3, along with Hiruma)? They’re going to lose, and then they’ll go AGAIN and win somewhat and then REGIONAL CHAMPIONSHIPS and then INTERNATIONAL but suddenly the AMERICAN MAN comes up for a little ONE ON ONE and his CARS they’re like WOAH man his CARS

This entry was posted on 2011/03/11 by Mushyrulez. It was filed under Animanga and was tagged with Animanga, Donten Prism Solar Car, Images, Laziness, Manga, Manga Post, Mushz, Rewrite History.