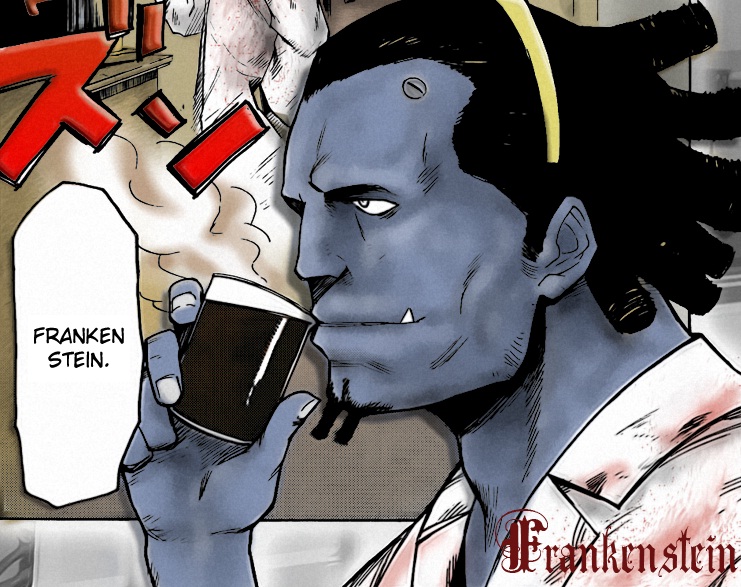 The reincarnated brother of Albert, the genius inventor of Steins;Gate.

Yanagi and Wolf go to Frank Enstein to solve her legs. Frank by telling us how Hell is actually a MAGICAL place, where vampires, mummies, werewolves, and ghosts co-exist Yanagi is a ghost, which can become anything else – a vampire, mummy, werewolf, etc. in Hell. A ghost is basically a blank template, or wildcard, that can turn into something else – but after that happens, they stay as the other thing. For that reason, there aren’t a lot of pure ghosts in Hell (many of them are in Heaven, remember).

This also means that nothing of one species can perform magic of another species. Hell, being a magical place, is surrounded with Reiatsu which magical beans can harness to perform special abilities, such as becoming mexican, jumping, or becoming a magical mexican jumping bean.

Yanagi’s legs are disappearing because she did things with Staz (when he was being a transfer stud), letting some of his bodily fluids flow into her body. Yanagi’s body cannot handle vampire magic, and eventually she’ll either die or become a vampire – since vampires can’t become anything else, she’ll be stuck in Hell forever. 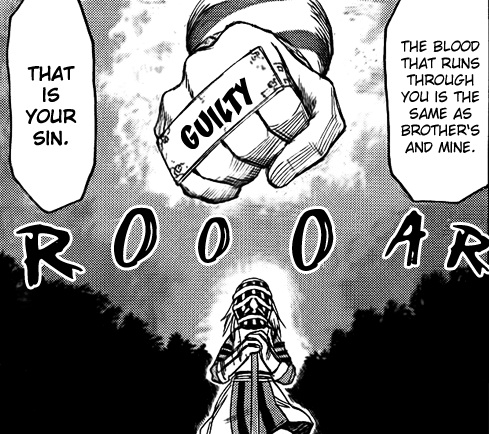 “Your sin is your very existence.”

She kicks Staz into Hell’s worst jail, Liz’s Toy Box – a Hell, in Hell. He’s stuck here forever unless he can defeat some challengers in a challengers’ ring. When Staz attempts to do this, Liz picks just the right enemies to counteract his ‘heart attack’ attack – zombies. These zombies aren’t your super-slow dead-human zombies, they’re two perfectly sane zombies with incredible speed and power, because they ate the Chop Chop Fruit and can chop chop their body, chop chop.

Now, /everybody/ is stuck between a hard place and another hard place… 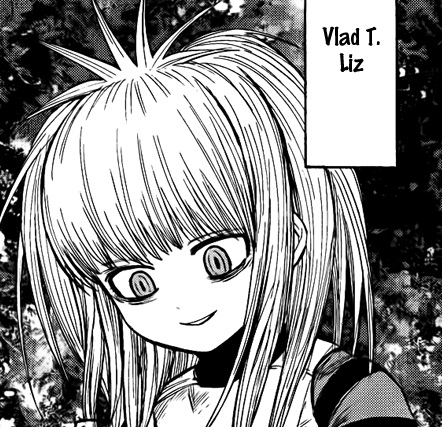 Wow, the art just went up five notches, or maybe it just was that good, always. I remember reading the first chapter and thinking that it was a low-quality, amateur manga that would stop getting scanlating after 5 chapters, but now… they even have a full-colour first-three-pages, and the shading is just godly. I wonder if the author did that, or the fans – they have a non-coloured version of those pages too, but the shading seems too professional for just amateurs…

Perhaps a reason for this is that Batoto is just too high-quality. Batoto is a super high-quality non-profit manga reader that gets the manga straight from the scanlators. Since most of the scanlators trust Batoto, the quality of the manga is just crystal-clear. It’s even better than when you buy the manga off the shelf, because even then, there might be some discolouring – Batoto just has perfect quality. Their manga releases are a bit slow, and there aren’t many titles, but that’s alright; it’s obvious Batoto’s going to replace those MangaFox idiots soon enough.

I understand that the zombies are fast because they can’t feel pain, etc., but why are the UNdead in Hell? They’re not dead for a reason… the explanation regarding ghosts does raise a possibility that Staz was, I don’t know, some weeaboo who wanted to go to Japan before he died, and then died, became a ghost, was adopted by his ‘older brother’, various experiments were performed, and it resulted with him becoming a vampire, losing his memories, and being able to squish people’s hearts. 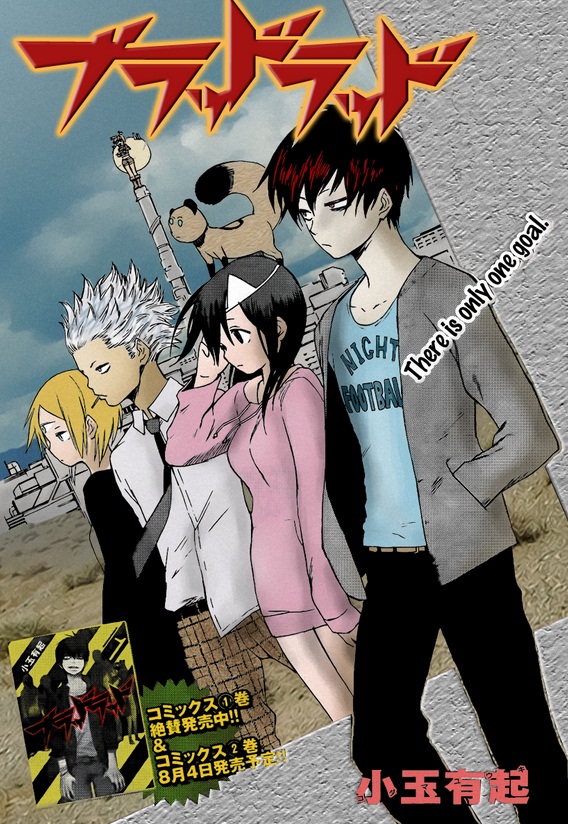 This entry was posted on 2011/06/29 by Mushyrulez. It was filed under Animanga and was tagged with Animanga, Batoto, Blood Lad, Completely Unedited, I'm Actually Early?!, Images, Links, Manga, Manga Post, Mushz.