Tokugawa arrives at Oda’s banquet, which is prepared quite extravagantly.

The food seemed pretty disgusting, but I never tried the food, and I’m not of a Japanese tongue either, with all that raw stuff (everything I eat is hot and cooked or boiled or steamed or fried or… you get it). At first, I thought the generals were trying to stomach their food down so as not to shame Oda, and it did not hit me until the end that they thought the food was delicious. It sure took either a lot of willpower, or a firmly engrained sense of warrior dignity, to throw that food away.

Tokugawa is not an aesthete, in any way whatsoever. ‘True warriors have no desire for luxuries!’, he firmly states, a sentiment echoed by many Asian countries (indeed, much of the world) for years to come. Joojoobees expands on this contrast between the three main forces in Sengoku Japan, so I won’t delve deeper into that.

I thought French people had all those twenty-eight full-course meals where each course is like one clam or two strands of spaghetti, but every culture with a social ranking has one. Cultures without significant social rankings generally don’t have them, as nobody really eats those meals for its taste.

Meanwhile, the remnants of the Mori clan decide to reinforce Takamatsu Castle, which is now being sieged by Toyotomi Hidenaga (soon to be backed up by Akechi’s forces), as Hashiba has went with a company of men to receive Oda at Honno Temple… 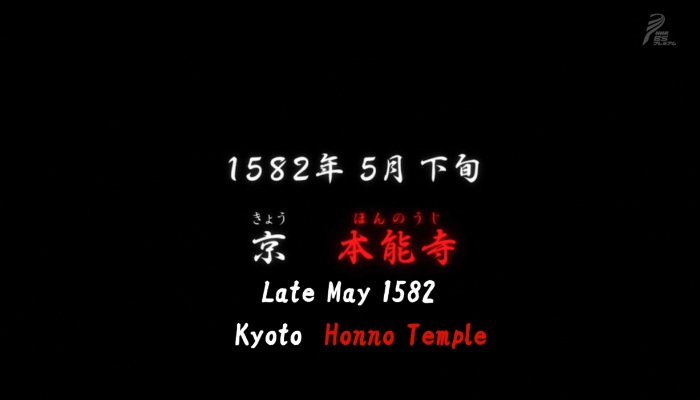 The silence may be as important as the speech, as Akechi and Tokugawa demonstrate in their short meeting, but one who is unable to read between the words cannot recognize it. Although Akechi gives Tokugawa a new pair of boots, their relationship must have already been strained with Furuta’s ill-thought (or intentional?) preparation of food. Although both food and tea are consumable aesthetics, simply being master of one will not make you understand the other; and neither can help you read between the words of human interaction, particularly back then. Even I (not saying that I’m particularly cultured or anything) can see nothing but awkwardness in Akechi and Tokugawa’s silence. Yeah, this paragraph doesn’t make sense.

So I’ll end by saying TOKUGAWA’S GOVERNOR OF MIKAWA

And his father was a Matsudaira… OR AN ARIADUST?!?!?!? HAHAHAHAHAHAHAHAA MAN MY JOKES ARE SO FUNNY 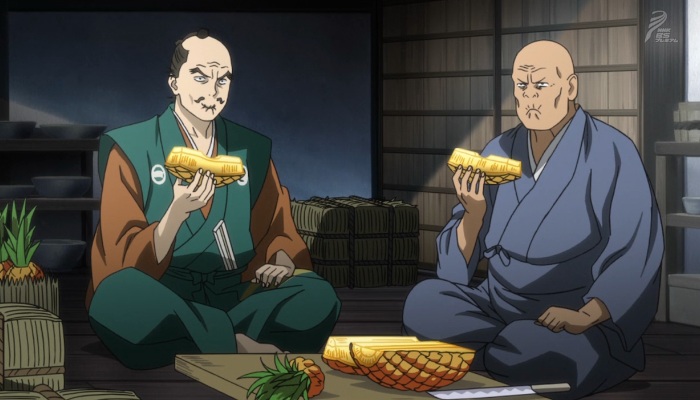 This entry was posted on 2011/11/05 by Mushyrulez. It was filed under Animanga and was tagged with Animanga, Anime, Anime 2011 Spring, Anime Post, danbooru, Hyouge Mono, Images, Links, Mushz.