Let’s continue with Ore no Life Updates ga Konnani Boring Wake ga Nai posts. I’ve basically GIVEN UP ALL HOPE on NaNoWriMo after being SO BEHIND SO BEHIND. I expect to finish my novel in February. Or March. Or November of next year. :(

I’ve also changed to WINTER blog settings, which automatically makes me WINTING. Get it?! IT’S A PUN! Feel free to COLDment if you have any better Winter puns cause my mind is FROZEN! ‘Snow big deal though. HA HA HA I bet you’re DYING of constipation right now

I think that mascara is a pretty lame show and any show that uses it is pretty lame. I also don’t get why people wear mascara. I always think they look like delinquent alien gorillas with hangovers. You know that ganguro girl from Majikoi who everybody hates? Yeah, you don’t want to be that girl. Don’t wear mascara. Don’t watch mascara either, it’s probably a lame show that has… delinquent alien gorillas with hangovers?! NOW THAT SOUNDS AWESOME

ts;dr: referencing kyubey in a show that aired before meduka

P.S. This title is long as hell 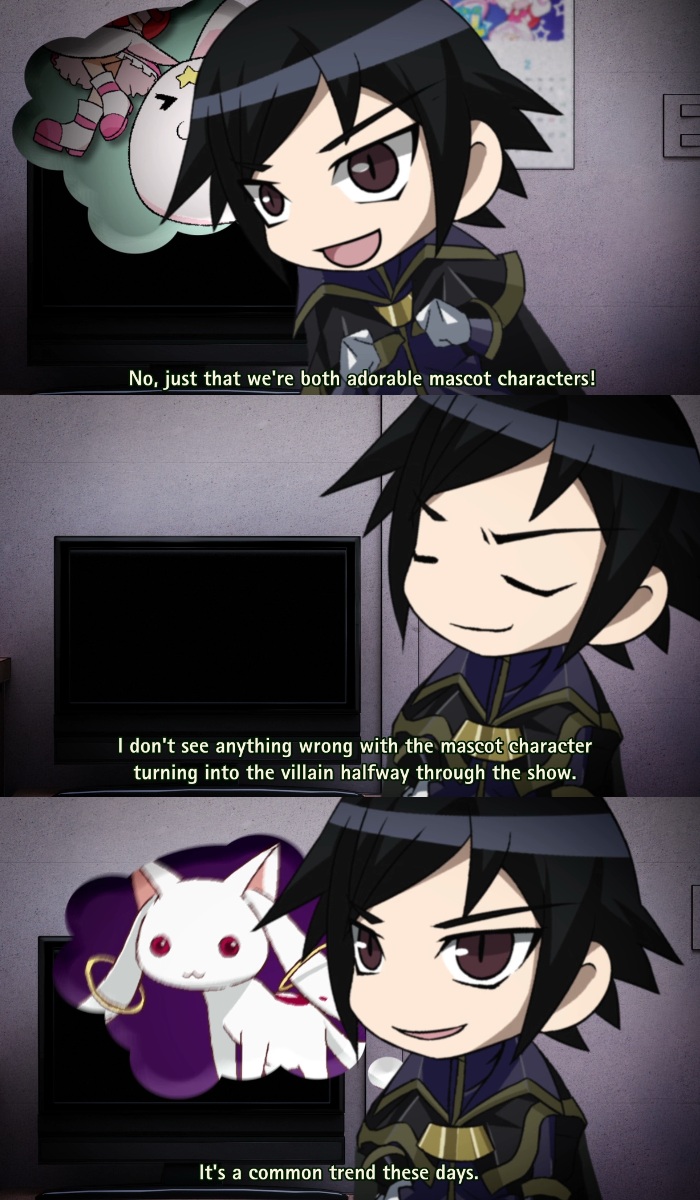