Maybe I’m not thinking quite straight today, but I didn’t like this commentary.

Commentaries are supposed to add to our enjoyments of shows, right? But this didn’t add to my enjoyment at all. I heard forced joke after forced joke, fake acting after fake acting, and failed advertisements after failed advertisements. Yet, I only really laughed once, the actors didn’t even realize their acting was so fake, and I’ve no money to buy anything even if I wanted to.

In short, this commentary was useless. Utterly useless. Udder-ly useless, I might say, as producing this is like milking a dead cow, except the cow’s actually alive and now it’s radioactive, because that’s what they’ll do to continuing raking in the thousands and thousands of dollars of profit from this show.

Some things were genuinely intriguing and interesting, and the assaults on Kirino, Kuroneko and Kyousuke’s character in this episode just had to be done (seriously, this guy is a siscon to the max!). 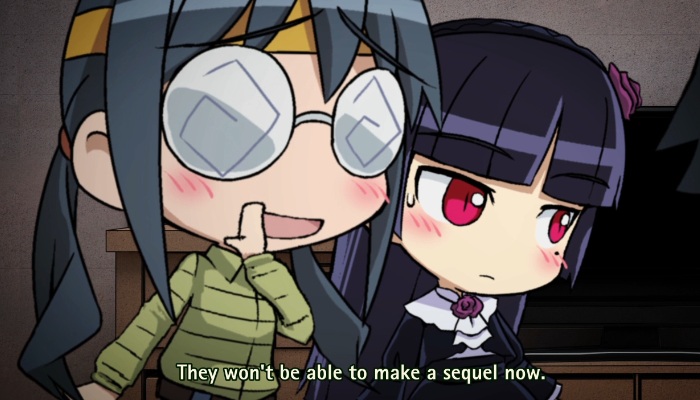 P.S. Yeah, people gonna flame me for this but I’M ON VACATION HUEHUEHUE