Mad props to the team over at WhyNot? for subbing this shit all the way until the end. Hmmm, they sub Mouretsu Pirates too, this can’t be a coincidence… ;)

Observe this post, it’s a Black★Rock Shooter (TV) 7 post. I just wrote it today because I forgot to watch this show until today, and was rather rushed because I had to watch two episodes and write these two posts in the span of a mere three hours (it usually takes me three hours just to write ONE post!)

Anyways, this episode JUST came out, like literally (check that link) so don’t mind me if this post feels rushed. Here, have a picture of noitaminA while you wait. Here, more noitaminA comparison – doesn’t Black★Rock Shooter (TV)’s ED sound a lot like Guilty Crown’s first ED? Why yes it does – this can’t be a coincidence either… ;(

Don’t forget.
Always, somewhere,
someone is fighting for you.
As long as you remember her,
you are not alone.

That’s the moral of Black★Rock Shooter (TV) all along.

So, what does it mean?

It means that the producers of Black★Rock Shooter (TV) are trying to copy Mahou Shoujo Madoka★Magica like mucho mad crazy.

Much as I want to spew another three thousand words of mindless bullshit, I’ll restrain myself today. Instead of reading this post, why don’t you read my other posts?

But my Episode 5 post is the real meat. This is what it’s all about. Ultimately, Black★Rock Shooter (TV) is nothing more than… 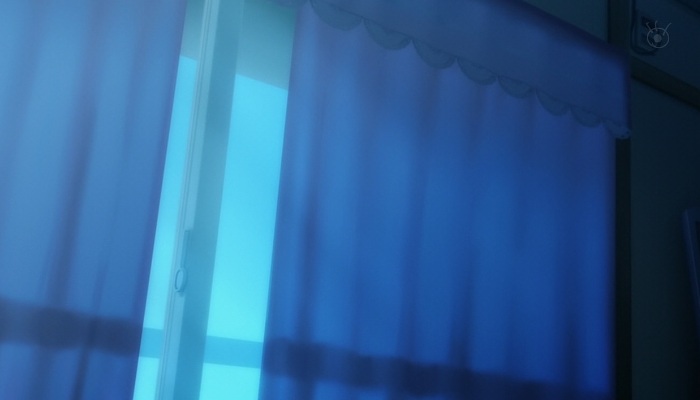 Anyways, just read that episode 5 post first. It has all of my arguments about why Black Rock Shooter was ultimately just a failed copy of Madoka, complete with magical girl transformations in this final episode and Black Rock Shooter’s continuing quest to kill all grief, with her own hands. There’s Black Rock Shooter, trying to protect Tomato by, uh, ripping her arm off and breaking her legs, I guess. There was symbolism and grief and sadness and such a great opportunity for there to be a satisfying, heartwarming, Madoka-worthy ending. But they didn’t make it that.

No, instead, Black★Rock Shooter (TV)’s ending was about dumping your grief on other people (Tomato relying on Black Rock Shooter to stop her from being sad), it was about rejecting sadness altogether, and forcing yourself to be happy even if you don’t want to. It was about how attacking people is good, and about how violence saves society. It’s about not doing anything yourself, and forcing other people to do things for you, because that’s what love is.

What could the ending have been?

For the record, this is the most moe girl in the entire show, look at that hella pixellated cuteness

And that’s why it was successful.

Sure, perhaps BRS has a better point – sadness really is sad, and in life, the most successful exploit and destroy everyone else around them. However, even if this is the truth, even if BRS’s future is more realistic, or even more beneficial – we humans want to see more Madoka. We want to see hope, and love, and peace. We still have our deeply-ingrained Buddhist/Taoist/Christian/Muslim/Shinto beliefs embedded in our very humanity. We want to see the good in humans, and know that we still have the capability to love, to be loved, to sacrifice oneself for the greater good, and to treat all others fairly, equally, and not adversely.

And what do people buy?

Things they want to see.

For the record, this is the most cool guy in the entire show, look at that hella pixellated coolness

So here’s what the ending could’ve been – a heartwarming ending that doesn’t end with some lame giant magical rainbow deus ex machina that isn’t even symbolic of anything. Here’s how it should’ve ended.

STRength accepts that You is her alter ego, à la Persona. STRength doesn’t kill herself, because in killing herself, You will forget all her grief – all the pain, all the sadness of her past. These are things nobody should ever forget. We shouldn’t forget these things simply because they’re traumatic – no, we should remember them as being traumatic, we should confront them as they are, and accept that these things happened, but now, there’s a new future in front of us. (Even if this isn’t the most healthy way to deal with post-traumatic stress syndrome, it’s certainly a way that we, the audience, thinks is brave, and strong, and right. And by catering to our wants, the producers of BRS could’ve created a much better show. If you have suffered from PTS syndrome and realize that this is utter bullshit, remember that this is all an anime.)

Meanwhile, Mato realizes that her friend all along hasn’t been You – it was STRength. Yet, because STRength and You will reconcile, Mato will accept both of them as one person. Honestly, there’s no reason Mato’s becomes You’s friend in the ending when Mato’s never actually met You until this episode…

The woefully neglected Shark and Bamboo will also realize that destroying grief isn’t the way to go. They’ll accept the grief that they have, and continue on with their lives being happy, being sad, being worried, being mad – all of those things. Emotions are what make us human. Meanwhile, Kohata will regain her memories of the grief of that incident, and also realize the necessity of it. 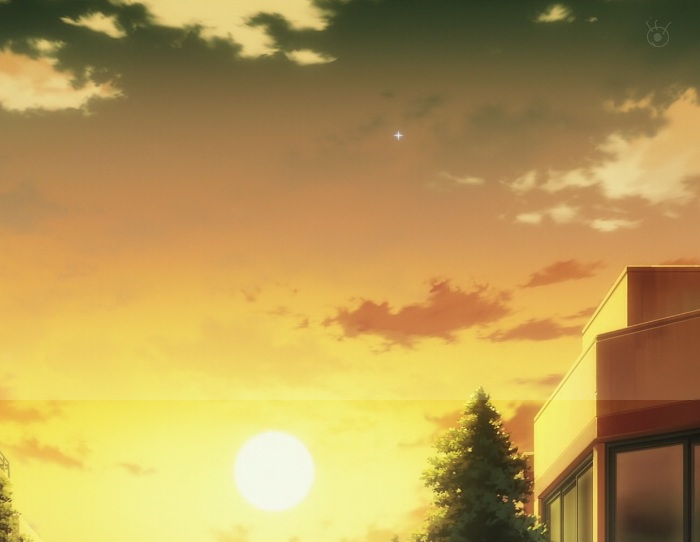 This all happened in the ending, but the final conclusion was still, to continue shoving their grief into Black Rock Shooter’s world for them to deal with it. No, the final conclusion should’ve been for each girl to deal with it herself, for the residents of Black Rock Shooter’s world to merge with their real-life counterparts, and for that world to be destroyed altogether. Our grief is what makes us human. By casting grief away, how will we ever experience true happiness?

This should be the point of Black Rock Shooter.

Don’t ever lose your emotions.

They make you you.

tl;dr: this is why you don’t make an anime based on ONE SONG