Oh wow. I don’t remember ever crying during Black Lagoon. This episode was a real tear jerker for me, seeing how tragic Jonah’s story is.

Marka, Marka, oh Marka! This is one of the first times a series whose main purpose is to showcase decently-budgeted violence has brought me real tears. I absolutely love how this flashback played out. It really felt as if the flashback was an old wound, being opened once again with the sight of Caspar’s despicable albino face. Jonah is reminded even now that he cannot hope to kill Caspar with his company around.

You know, if there was someone who ruined my whole life, I would probably want to kill his sister as well. But as time passed Jonah grew closer to Koko even though she’s the sister of his personal enemy and is probably a monster in her own right as well. However, she is a different kind of monster, one that is kinder to her kin and to children. 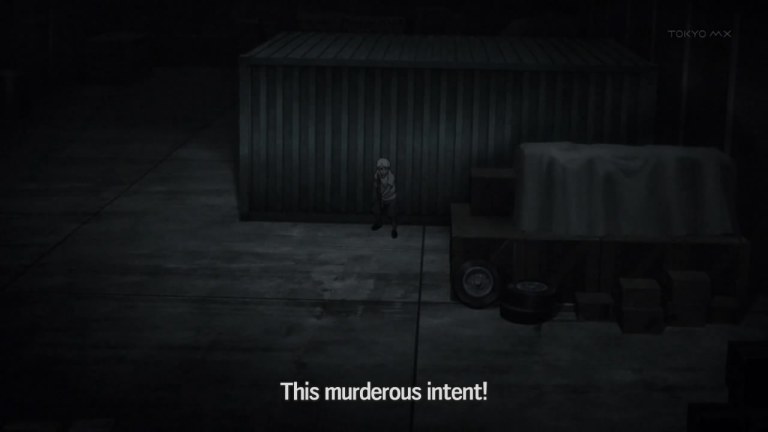 Congratulations on the fighting not being like the fighting in Episode 4. This actually had some semblance of realism. That was really great. Also the action was really fun to watch, moreso than any other episode so far. I dearly hope the series is like this throughout (I’m pretty sure it will be in the near future, as there will be Valmet backstory arc coming up soon).

This should prove to be interesting. She might have had two eyes back then!

This entry was posted on 2012/05/10 by AbsoluteZero255. It was filed under Animanga and was tagged with Animanga, Anime, Anime 2012 Spring, Anime Post, az, Completely Unedited, Images, Jormungand.