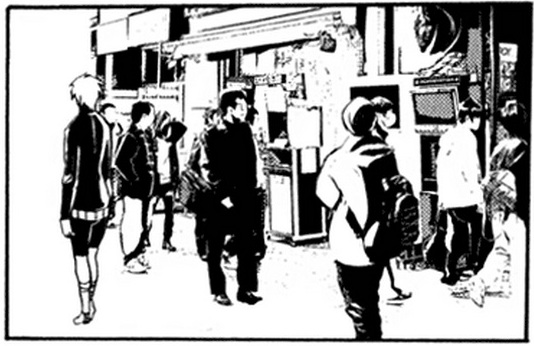 OK, everybody. This will be a serious post, for once. The tone and atmosphere of the manga demands one. Look at these photo-realistic photographs. How much more solemn can one become?

Funny that this is reaching its 13th chapter at around the same time as Gangsta; However, the first chapter of Steins;Gate: Boukan no Rebellion was published almost… two years ago? Does this guy write a chapter every two months? I think he does… anyways, the manga ends at Chapter 18, so I guess I’ll be blogging this ’till the end, as usual…

Yeah, I said serious but who really listens to me anyways? So, let’s talk about MANLY MEN and LITTLE GIRLS.

Furthermore, the art style changes every single chapter. This is why you don’t draw a new chapter every TWO MONTHS, because in two months, your art style has a higher chance of changing than in one week. The body proportions are horrible too; it’s like Kazumi, except Kazumi had intentional bad art (wait, what?). I’m pretty sure this art is unintentional. 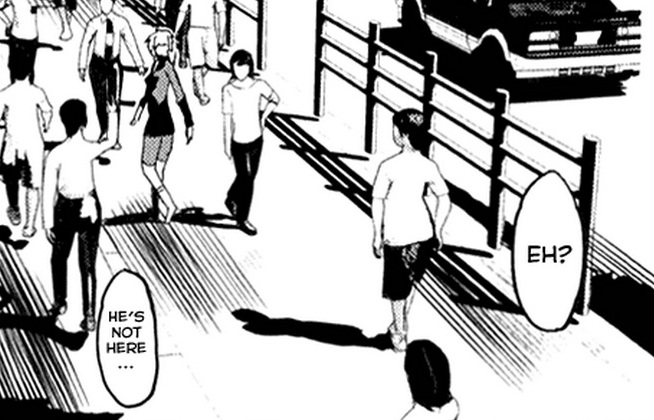 Find the odd one out!

The art style of Steins;Gate: Boukan no Rebellion makes everybody who is a little girl appear to be NORMAL MEN. For example: little girls look like men. Yeah.

Why do the decisions of little girls matter over the decisions of the GREATEST SCIENTIFIC COMMUNITY in the WORLD?! Fuck individuality, what do these adolescents know about REAL LIFE? Do they not care for the suffering of millions across the world? The greatest enslaver of humanity is freedom; in the words of a certain Loki, humanity’s natural will is to obey others!!

…Yeah, I couldn’t keep a straight face while typing that. Obviously freedom is good etc., but c’mon, we live in a pluralistic society, the individual hardly matters. They all have chuunibyou even if they’re in university and fuck, they’re all little girls in my mind.

P.S. That should not be read with a sexual connotation, I’m not that type of person

P.P.S. Why did the Rounders not simply equip firearms against Suzuha? :c

P.P.P.S. The Rounders are also professionals… why is Suzuha so strong? It’s gamebreaking.

This entry was posted on 2012/05/11 by Mushyrulez. It was filed under Animanga and was tagged with Animanga, Images, Links, Manga, Manga Post, Mushz, Rewrite History, Steins;Gate: Boukan no Rebellion.