C’mon, I’ve got a 39.7 degree (Celsius! NOT FAHRENHEIT!) fever, you should be proud of me for coming up with even a lame pun like that.

So I’ve got the most splitting headache, have been lying in bed for the past eighteen hours, and I accidentally ingested Advil because I thought I had a fever when really I’ve got a viral infection. I wish O-New were a viral infection; then everybody would read our posts. On the other hand, everybody, everywhere will laugh at the QUALITY of our posts forever and ever and ever ._.

Anyways, note to self: when you have a viral infection, DO NOT SWALLOW ADVIL (nor anvils) because it will make you feel the most nauseous since you were forced to sit in a bus seat with your backpack suffocating yourself because of your carsickness. I never sit down on the bus. B(

In conclusion, I finally realized that what I dream about is always influenced by my outside environment. Is it freezing? Then I dream of standing in the dark outside the central public library while all the streetlights broke and some rabid werewolf chases me up into a military-grade cargo elevator that leads up into the main library when a really cute girl walks by and then I realize that I’m naked. Am I excessively sweating from excessive amounts of Tylenol? Then I dream of excessively sweating from excessive amounts of Tylenol. Except, no, I don’t dream, I stay awake sweating for an hour

P.S. Getting a doctor’s note for missing my French and Science project presentations costs $15 because it’s not covered by the Medical Services Plan. When I grow up, I want to be a doctor’s-note-writer. If I write one every 5 minutes, I’ll earn like, $180 an hour.

P.P.S. This post is too shot, so have a video of my hand.

The title would be funnier if ‘Losts’ rhymed with ‘Posts’ but they don’t because English is dumb and incredibly silly.

As many of you may not have noticed (nobody noticed last time), there have been no days for the past four posts. As O-New’s prict strosting potocal proto-calls for at least one day to be published every single post – a proto-call we have been filigently dollowing for the next two-and-a-half years – this is, of course, right queprehensible.

So, it’ll make up for us by posting four posts now. Here’s our hiatus of why there was such an excuse…

END_OF_DOCUMENT_TOKEN_TO_BE_REPLACED

Once again I’m late, but I HAVE AN EXCUSEPLANATION!

A series of events caused this DISASTER:

1. Yesterday, I was “busy” because I was “working” on my “socials project”, and didn’t even draft a post;

2. At last block, a “friend” *cough cough houraicough guycough cough* had a watch that was late by four minutes;

3. I didn’t catch the bus I usually went on because I thought only the first bell had rang due to my friend’s watch;

4. The bus I did catch was actually late.

5. In this sticky situation, I would usually pull up some random Ore no Kouhai/Oreimo Animated Commentary post, but the next Ore no Kouhai‘s not out yet, and the commentary is over! Add that along to how I’m not blogging Ben-To, Horizon, nor Majikoi anymore, how my Fall Mid-Season Review isn’t even close to finished, and how it’ll take me hours to write a Winter Season Preview, and you’ll notice that – SPANISH SHOCK – I don’t have any posts to write! This is the only post that I /can/ write!

Yeah, I can imagine your faces right now. 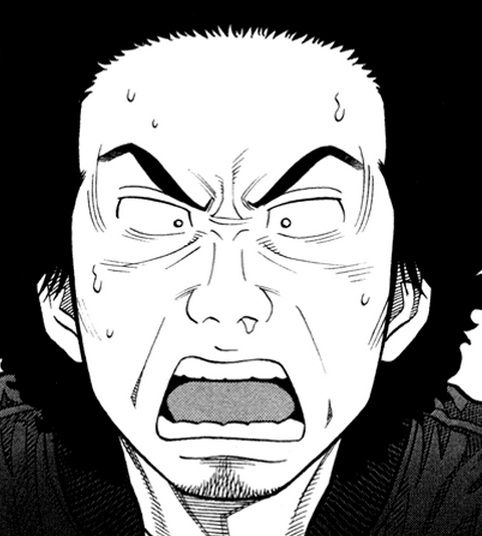 END_OF_DOCUMENT_TOKEN_TO_BE_REPLACED

With a huff and a puff they blew up the stuff in the house that was tough and they started to lust for the pigs weren’t enough to feed their disgust with the lack of food. 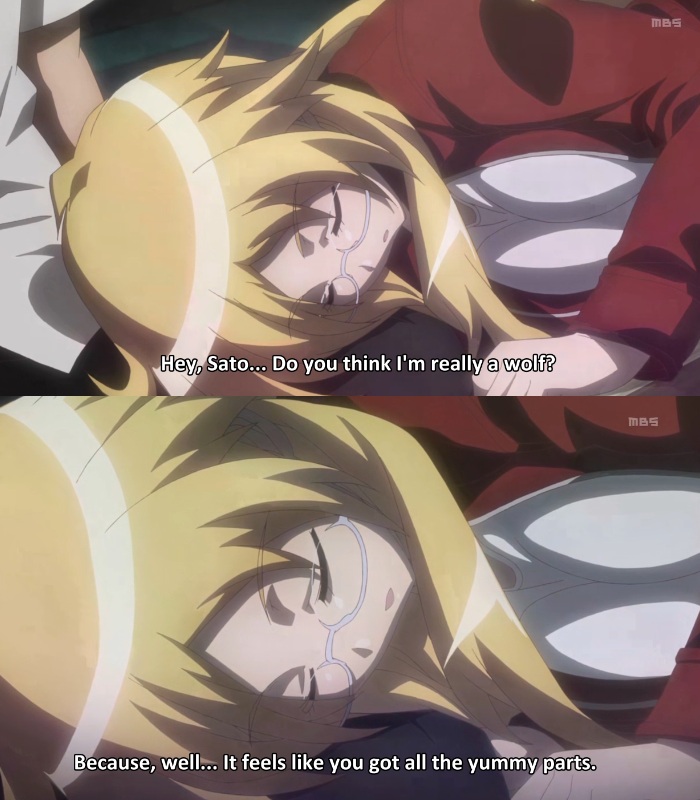 END_OF_DOCUMENT_TOKEN_TO_BE_REPLACED

So this cool guy, Slyphophophophophopriririoreal or whatever said that my reviews are RAPviews. Which is a SUPER COOL NAME, but I think ‘It’s TIME for RHYME’ is better because 1) it rhymes 2) some rhymes are not raps 3) rapview sounds like rape-view/rape-you, and I don’t rape anything but seeds, and those seeds become rapeseeds which I then eat.

I also just realized that YuChoy is edible rape. Maybe that’s why he wrote that post on Pedo Bear that still accounts for 25% (1 view) of the total daily traffic (4 views) to this site. 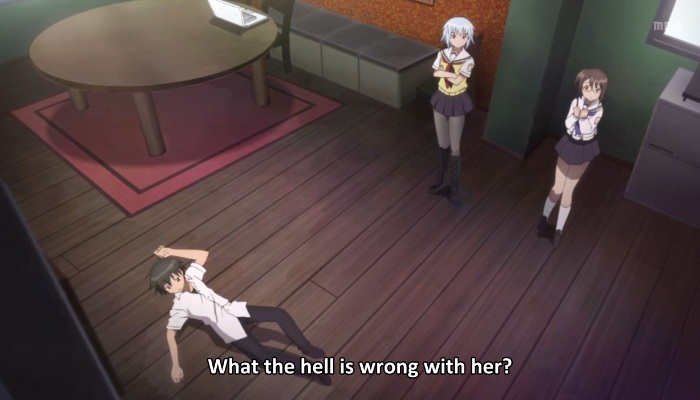 END_OF_DOCUMENT_TOKEN_TO_BE_REPLACED

The Rise of Fall

Alternative Title: The Fall of Summer
(I’ll probably use that next year)

(Pictures are linked to Safebooru, click for source; photos are resized to 1020 or 768px, click for full size if available)

END_OF_DOCUMENT_TOKEN_TO_BE_REPLACED

Hey, I said I was going to experiment with NEW TYPES OF POSTS, so here’s a COMIC. You’d think O-NEC stands for something like ‘O-NEW’s New Ew Comic’, but it doesn’t!

END_OF_DOCUMENT_TOKEN_TO_BE_REPLACED

Going, Going, Gone: Back to School

Now that I’m back from vacation (I’d add a link but I can’t as I haven’t written that post yet! Instead, I’ll add a link to a post I wrote about my /other/ vacation way back in May, when I went to China and fired all my writers for not writer-ing.), it’s time to go back to school!