Though, not really. Even though I feel 20x better than I did yesterday after yesterday (a good night’s sleep always does the trick), it seems that the FUTURE OF ILLEGALLY DOWNLOADING ANIME is bleak.

What I’m trying to say is, my Bodacious Space Pirates post is finally finished. This matters because this post had no content, and I’m not going to be making a post for the next two days because I’m too busy being Chinese. Sorry about that.

P.P.P.S. In searching for what China’s time zone’s acronym was (it’s CST, by the way – China Standard Time), I stumbled upon an odd fact – a small country in the Pacific, Samoa, changed its time zone just 22 (or is it 23?) days ago. How did they change it? It wasn’t Daylight Savings Time, or hopping over one time zone or anything like that. No; Samoa leapt right across the International Date Line, skipping December 30st, 2011 and going straight from December 29th into December 31st, and a day later becoming the first country in the entire world to experience the New Year, and all future New Years unless they decide to leap back across the Date Line again. Because they have leapt across the Date Line before; in July 4th, 1892, Samoans (including the Samoan girl who) leapt through time to the American side and celebrated Independence Day twice. But now, 119 years later, Samoan is back again on the same date as the Australians. This is relevant because this post is about the Chinese New Year, which the Samoans were the first to celebrate. However, because Samoa operates on Daylight Savings Time (while Tokelau, also in Samoa’s time zone, doesn’t), during the Southern winter, Samoa starts days one hour behind Tokelau. But since all New Years take place during the Southern summer, Samoans are the first to celebrate all New Years, along with Tokelauans. What I’m saying is, happy Chinese New Year!

P.P.P.P.S. In searching for what Samoa’s time zone was (it’s UTC+13:00 in the Southern winter and UTC+14:00 in the Southern summer, by the way), I stumbled upon an odd fact – a small country in the Pacific, Samoa, changed its driving direction just 2 (or is it 3?) years ago. How did they change it? They, uh just did; Samoa leapt right across the lanes, skipping the middle and going straight from the right side of the road into the left side on September 7th, 2009. This is not relevant to anything that is happening currently, may happen in the future, or has happened in the past, including the event itself.

Königliche März ~ And Then the Sun Came Out

I was going to put this into yesterday’s post since it happened yesterday, but Horizon did not fit the mood. This piece does, somewhat, because it sounds hopeful, which is better than sounding silly. See, my grandma is dying, and my dad has flown back to be with her until she dies, which will be in less than a month. Königliche März means ‘Royal March’ – while it’s not a funeral march, if I were to die, I’d rather die with this music than with morbid, requiem-esque sounds.

“’twas a downcast day
our troops’ morale was suff’ring
then, behold! yonder,
the sun came out, and our path
illuminated”

END_OF_DOCUMENT_TOKEN_TO_BE_REPLACED

Yep, 17 days of vacation over from a visit to Historich. I’ll be breaking the post into two main parts, one of (gasp) the first half of my vacation and the second of (gasp) the second half of my vacation, since one post would be too image-heavy and I WANT TO UPLOAD ALL OF THESE IMAGES (really, both posts are more picture dumps than actual posts)! Unfortunately, I forgot which half came first, as I’m writing this post AT SEPTEMBER 5TH, A DAY BEFORE SCHOOL STARTS. I don’t even REMEMBER what I did because I LOST THE DOUBLE-SIDED SHEET OF PAPER I TOOK ALL MY NOTES ON :|

Wait, back up a bit.

END_OF_DOCUMENT_TOKEN_TO_BE_REPLACED

It’s my Birthday, it seems. 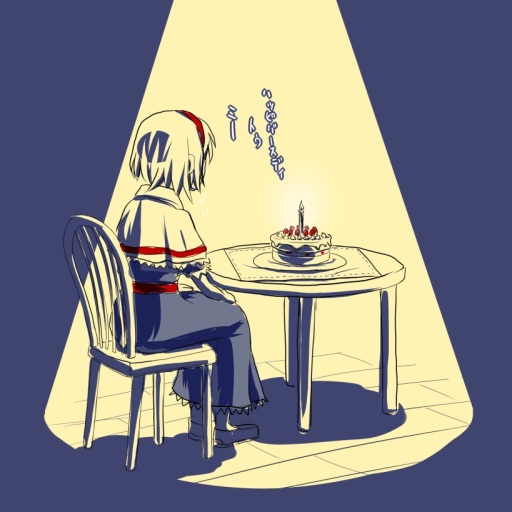