Kamisama no Memochou Half Season Review

Arghblargh somebody just crawled through my blog on some reading rampage. I’ll bet he now knows all of my deepest, darkest secrets that I keep obscure by posting them online for everybody to read. After all, anybody who wants to find my secrets won’t possibly look online at my personal blog, right?

Anyways, whoever you are, IDENTIFY YOURSELF! Or I shall BLOCK your IP address because… uh, I can like totally see your IP address and stuff. Yeah. Trust me. You can’t see it because you didn’t buy the WordPress Super Duper Awesome Crazy Top Secret Value Package Bundle Deal, which only becomes available after you purchase the WordPress Value Bundle. Don’t believe me? See for yourself !

END_OF_DOCUMENT_TOKEN_TO_BE_REPLACED

The Rise of Fall

Alternative Title: The Fall of Summer
(I’ll probably use that next year)

(Pictures are linked to Safebooru, click for source; photos are resized to 1020 or 768px, click for full size if available) 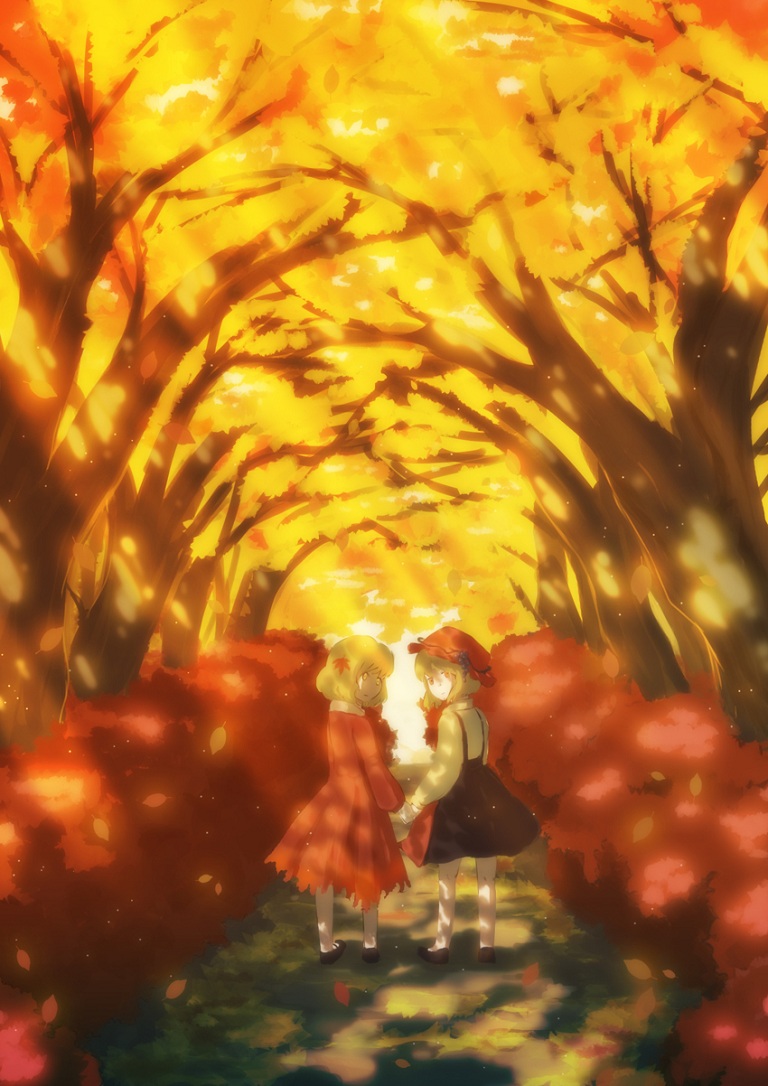 END_OF_DOCUMENT_TOKEN_TO_BE_REPLACED

Post-post edit since some people are complaining that this post was too long and I like torturing people (no, not really). I’ll keep it short since I’m typing on Dvorak at 10 words a minute ._. Because Buyuden is BOXING, I am taking Taekwondo lessons so I don’t get beat up as often, and took my orange belt test (I’m still a white belt right now) two hours after I published this post. That’s a good thing but several things made me feel not as good.

All my classmates took their yellow belt (one above white belt in my school) exam, and everyone else taking the orange belt exam was about 6 years old. There was one kid whose head was larger than his shoulders’ width… but the most catastrophic part was when my leg cramped up in the middle. That leg has /never/ cramped before – my feet cramp a lot (so much that now I DON’T EVEN NOTICE IT)…

And finally while limping home, I walk into a spider-web. The spider’s probably still on me…

…Yeah, who even cares about this anymore.

Anyways, as I still have not enough content (going to watch Episode 1 of Black Lagoon after posting this and browsing through forums though 8D), here’s just a list of what I want to do in summer.

As listing out everything would be too tedious, I’m just going to concentrate on ⑨ things, and rebump them when finished.

1. Work on a flash game. Attempt to finish it. (Obviously fail in the attempt).

2. Get to level 50 in Maplestory from level 0 by the 13th of July. I was going to attempt this, but… I’ve decided to quit, as it’s pretty pointless now. So instead of this, I’m going to finish Imperishable Night on Easy Mode for all 12 combinations starting with one life in both Final A and B. Why so much? Because I still suck too much to try normal mode. Or easy mode on any other game. >:O

3. Archive all files that need to be archived. Backup files. BACKUP THOSE FREAKING BOOKMARKS

4. Reorganize the blog. As you know, it looks sorta bare now, so I’ll probably just change the font type and call it “reorganized”.

5. Learn shorthand. Parents have been nagging at me to “write better”, so… shorthand. 8D

6. Have a decent understanding of Japanese and French. There are mandatory languages in high school, so I want to get ahead of them so that I can learn more.

8. Remap keyboard to Dvorak layout. And then learn to type. Dvorak should be somewhat faster than QWERTY, and speed is all I care about so… yeah.

And thus concludes a meaningless post that none of you had to read.