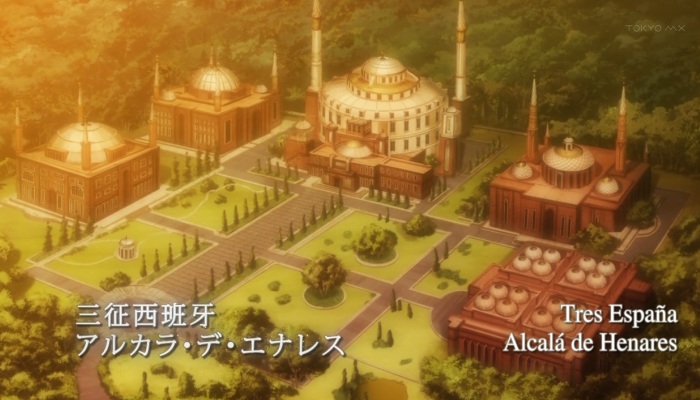 As part of a livewatch with The Classiest Anime, I skimmed the first two episodes of Kyoukai Senjou no Horizon II: Horizon in the Middle of Nowhere (II).

I say ‘skimmed’ and not ‘watched’ because frankly, the incessant chatter and my unceasingly annoying textual quips stole my attention away from the action on-screen. 80% of the blame is on me here for being annoyed by myself and annoying others with my typing. 20% of the blame goes to my parents, who parked their asses right behind my monitor and stared at it for a good ten minutes. I was not so disposed as to enlighten them to the masterpiece that is Horizon, and thus ‘watched’ half of the episode blind à la Gosick 12.

END_OF_DOCUMENT_TOKEN_TO_BE_REPLACED

Remember the last Black★Rock Shooter (TV) post? Probably not, because according to my Site Stats, a grand total of three visitors read that post. One of them didn’t read it, and another one was myself. I guess nobody reads my blog… /emperorj

Anyways, you see, I, being a significant, important, and influential personage of the anime industry, have received exclusive access to the pre-air of the next episode of Mouretsu Pirates – episode seven – two days before it airs to the general public. The events which occurred this episode were so dramatic as for me to risk relinquishing my position solely to impart this shocking knowledge upon you.

Without further ado, let us move on to the plot. Warning: major spoilers will not follow. Do not read at your own risk. Read at other people’s nonexistent risks.

END_OF_DOCUMENT_TOKEN_TO_BE_REPLACED

Sure is potatoes around here! Why don’t you check out the previous post and then come back later? We’ll be waiting. Or, uh, rather, I guess you’ll be waiting. I’m not good at this whole logic thing.

But now we’re back, with more Steins;Gate: Boukan no Rebellion goodness. Yes, that was supposed to be ironic. I’m also a master at irony.

END_OF_DOCUMENT_TOKEN_TO_BE_REPLACED

Kagami no Kuni no Harisugawa 27

Also, I’m here to take everything I said in my last Kagami no Kuni no Harisugawa Manga Quarterly Review back.

You see, when I made that post, I actually only read to chapter 24. I didn’t read up to chapter 26 yet. I made that post then because there was no other post to make, and so I had to make a post without actually having read what the post was talking about. I swear, I have a tag for that, but I forgot what it was. Maybe the tag was ‘Ore no Kouhai ga Konna ni Kawaii Wake ga Nai’. Maybe not.

Anyways, after making that post, I read up to chapter 26. Everything got better.

END_OF_DOCUMENT_TOKEN_TO_BE_REPLACED

So it’s been two years, two years since I made the first post on this blog that I didn’t delete.

END_OF_DOCUMENT_TOKEN_TO_BE_REPLACED

Y’know, I never understood why people used colons in post titles. I was originally going to make something punny around ‘comment’ and ‘christmas’ having the same first letter, but I guess my brain blanked out so I had to write a boring coloned title instead. You can call me Colonel Title if you want.

This is a Christmas post because, at the date of this post being published, it is Christmas in London, Portugal, and Morocco – the only countries which matter.

BUT TO EVERYBODY WEST OF EUROPE, IT IS NOT CHRISTMAS YET

GOSH GUYS IT IS NOT CHRISTMAS YET

You have NO IDEA HOW MANY TIMES

@kanra__ but it's not christmas

I HAVE SAID TO PEOPLE

THAT IT IS NOT CHRISTMAS YET

Guys. Guys. GUYS IT'S THE TWENTY-THIRD OF DECEMBER

THAT. IS. NOT. CHRISTMAS.

CHRISTMAS IS ON THE TWENTY-FIFTH OF DECEMBER!

Winter solstice is over. Autumn is over.

It is now Winter.

END_OF_DOCUMENT_TOKEN_TO_BE_REPLACED

This is what I expected when I came into the season.

END_OF_DOCUMENT_TOKEN_TO_BE_REPLACED

So, uh, how was I going to write this post?

This really does not fit with the mood of my Majikoi 2 post. Grandmother in heaven, I am ashamed of myself.

END_OF_DOCUMENT_TOKEN_TO_BE_REPLACED

Have you ever had that moment when you laugh uncontrollably? Whether it’s at some idiotic table hockey-foosball game, some stupid Mad Libs paragraph you made as a six-year-old kid, or some retarded blog that attempts to make lame puns every day (not a self-referential statement, as this blog never makes anyone laugh) – do you ever get that feeling where it feels like you’re getting tickled and you’re laughing so hard that it even hurts? The laugh you laugh about once a year from something so ridiculously stupid and/or funny that you just can’t stop?

Yeah, Not Always Right isn’t going to make you laugh like that.