[Announcement: Alright, so a bunch of people have started some sort of Instrumental Collaboration thing. Yeah, you’ve probably all seen this message already on numerous forums that I browse frequently, but if you want to play something like this, go to this thread, register, and post whatever instrument you want to play. It’s gonna be spam time after this…] 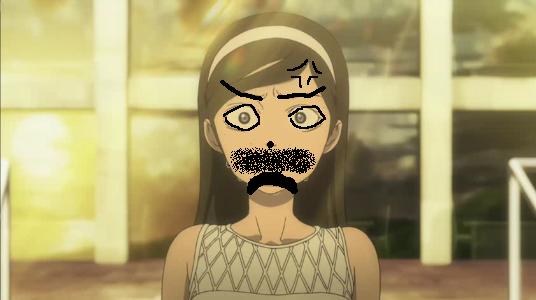 SON I AM DISAPPOINT

In the most epic plot twist of the century, Maya reveals that SHE IS FUMIAKI’S MOM and so SHE IS VERY DISAPPOINT that he wears no clothes.

Fumiaki reveals that HE IS TIRED OF HER ALWAYS TELLING HIM WHAT TO DO and ARGUE. AT THE END HE FLEES OFF TO THE MUSHROOM KINGDOM WHERE HE CAN BE HAPPY 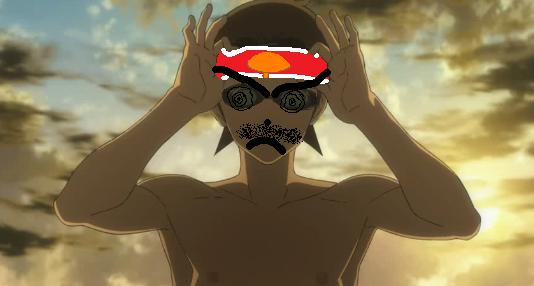 Actually, it’s not all that grand – Fumiaki simply (while naked), chases Maya around until he falls into a nicely dug pit.

Maya goes home after the encounter and watches TV, showing a young Fumiaki BENDING A MUSHROOM. HOW AMAZING 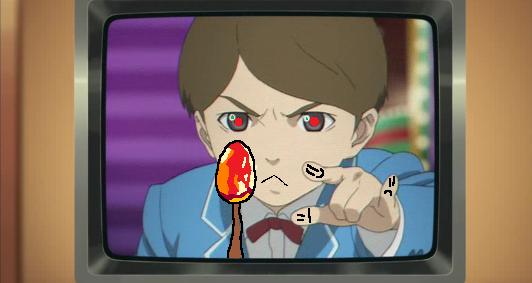 After that, she realizes that she STOLE FUMIAKI’S CELLPHONE but seizing the chance decides to pose for a photo shoot. Unfortunately, the phone revealed her suspicions all along – she’s actually a PILE OF BONES.

Maya then becomes the new principal by showing the Vice-Principal her father’s will. ABE MINORU then appears, who is also UCHIDA FUMIAKI, so Maya tries to stab him with a spear. And an evil eye. 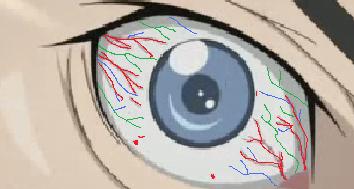 Anyways, Fumiaki reveals that in the year TWENTY HUNDRED AND TWELVE, aliens have TAKEN OVER THE EARTH. Somehow, an INTERDIMENSIONAL RIFT appeared in OCCULT ACADEMY, destroying EVERYTHING in a FIFTY KILOMETER RADIUS. The NOSTRADAMUS prophecies have COME TRUE. However, if FUMIAKI finds something called NOSTRADAMUS’s KEY and DESTROY IT, the EARTH can be SAVED.
His CELLPHONE is a SPECIAL cellphone, so that when he presses the CAMERA button and thinks of AN ACTION, that ACTION will be applied to the object and show a picture of the WORLD in 2012. Confusing? Well, basically, say you take a picture of a building, and you think “destroy”. In 2012, the building will be… destroyed. If you take a picture of yourself and think nothing, you’ll see… yourself… in 2012… where aliens have taken over the world… if you’re not dead yet. If you take a picture of Nostradamus’s Key and think “destroy”, 2012 will be peaceful and not taken over by aliens.

To prove that his story’s correct, he BENDS A muSHPOON again. 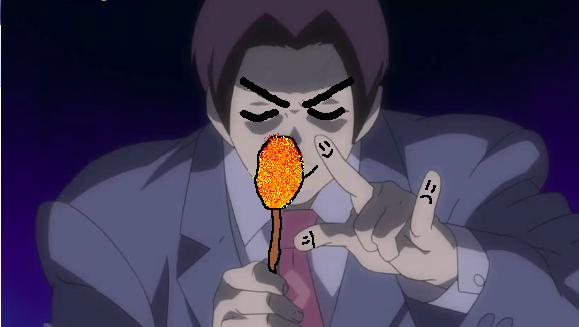 Then he goes around photographing random objects.

It then switches to Maya in the shower because every anime needs a shower scene. An invisible monster comes and grabs her, but a SHINING BRICK KILLS THE MONSTER THING. Yeah. A shining brick. 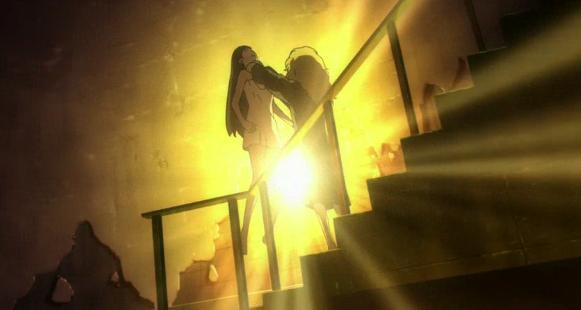 Then they go to Diagon Alley and buy random spells and stuff.

Actually they get the spells from MAYA’S FATHER, who created a SPELL BOOK that was in a SHINING BRICK.

They then team up to KILL JK. 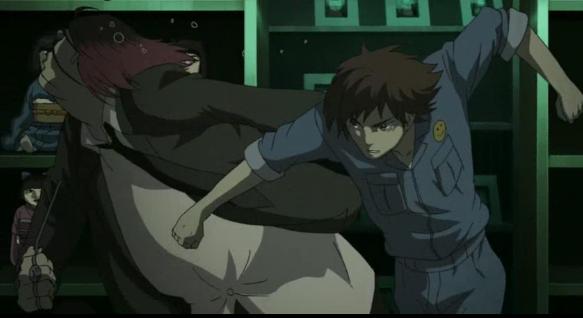 Smile punching JK was hands down the BEST SCENE OF THE EPISODE. Pretty random though :/

When I first started this show, I expected it to be really serious – from the description, I saw that it was an anime about a FREAKING SUPERNATURAL SCHOOL. If you just read the plot, you then notice that ALIENS HAVE TAKEN OVER EARTH and it’s SOMEONE’S DUTY TO KILL THE NOSTRADAMUS KEY.

So you’d expect it to be scary and have a lot of fight scenes, right? Yeah; but it’s not. “There’s not much action in this episode”
, “another problem with the show is that it isn’t scary”, and “this is definitely a show that lives off the humour”.

So with that, I’m not sure how this series will proceed. It’s got such a brilliant (well, maybe unbelievable, but…) backstory, an excellent concept, and the creators don’t even have to follow a manga (cause it’s Anime no Chikara). Why did they choose to add humour in lieu of action and creepiness?

Maybe it’s because creepiness is overdone. If you watch an occult show, you can expect it to be creepy – so the creators decided to make it funny instead.

Either way, this episode was good in its own way, and I’m looking forward to how the show will run. Three things can happen now; either the show continues with increasing its humourous plot, eventually reaching the final objective through some anticlimatic means, it reaches the final objective with climatic means, or it shifts to a more serious side. Personally, although I would’ve liked it at the beginning if it was serious, continuing with the humour is the better idea now. The show has potential, and it’s demonstrated that – so I’d like to see that potential realized.

…So. I organized all of my reopen lat0rz and registered for all of the forums so now all I need to do is actually read them…! Anyways, links and videos (published from school O_o):

^ Twittar bug exploited and fixed; all followers and following were reseted to 0, but I seem to have just missed it :/

^ ..Japanese make everything ossimer. Even microsoft. :/

^ Italian parody of the OP for Hokuto no Ken…. doesn’t need any more comment…

Then some UTAU stuff. Nico links weren’t there :/