[Announcement: Only Rewrote History because… well, check the post time.]

I have a new camera.

END_OF_DOCUMENT_TOKEN_TO_BE_REPLACED

So, as you can tell from the title, it’s Yuchoy’s birthday today. Let’s do what pretty much everybody else in the world does, sing a short song that he most likely doesn’t care the least bit about.

Yeah… While I was at his house his mom gave me cake, it was burger cake. It looked nice and all that but I couldn’t eat it. The buns were vanilla cake or something, the lettuce was real lettuce. The cheese was disgusting, pieces of mango, then the worst of all, the patty. Just pure chocolate.

Anyways, he’s going to see the movie RED which is about old people kicking young people’s butts. One examples of this would be sniping a missile as it heads towards him and then havung the missile explode in mid-air. After that, he’s going to Boston to eat pizza.

So yeah, give him a little happy birthday today by commenting, email, envelope mail or screaming it at the sky.

Alright, picture dump! There are 50 photo’s in total, each post will have 10 of them. The pictures where you can see people’s faces clearly may be removed in the future depending on certain individual’s preferences. Anyways, enjoy!

Originally, when we arrived at our hotel for Provincials, “Kigoos” wasn’t on the board. What did we do? We took a marker and wrote our team name. 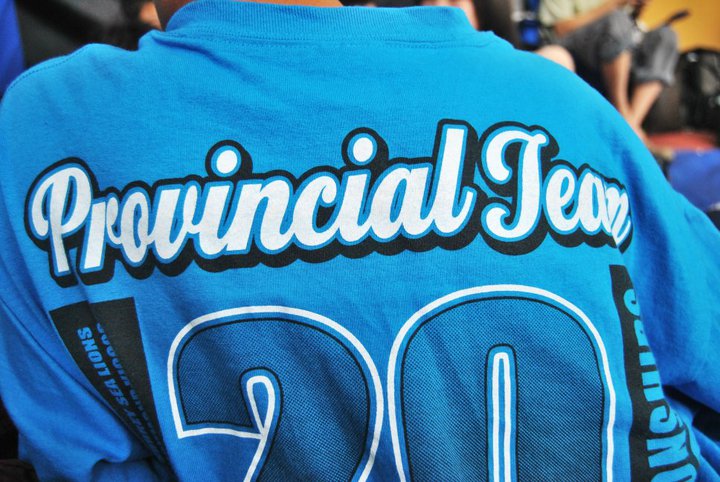 In previous years, our provincial shirt was a spoof of something, last year it was “got water?”. I guess this year we didn’t have any ideas cause it was just a plain, boring shirt.

At night in Kamloops, BC. The lights are really pretty.

Swimmers do have lives, we play all the time. 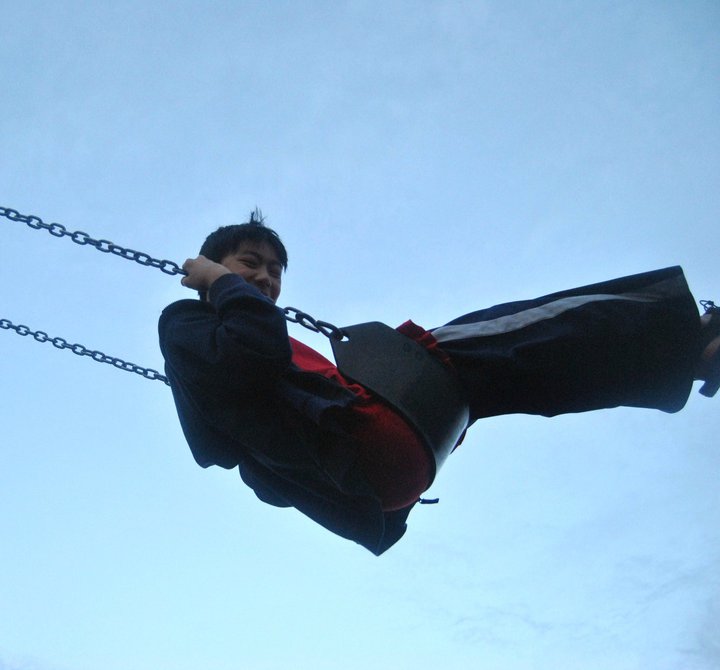 Again, a swimmer on swings. 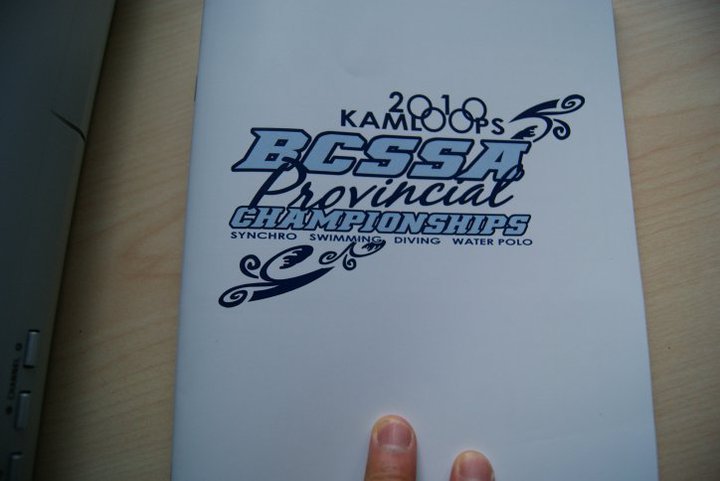 The program for the meet, it’s really durable, unlike other programs. It did cost 8 dollars though D:

Our relay won a bronze medal!

We’re the Kigoos, I think we did pretty well

28 vacuums a week, that’s a lot of vacuums to sell.

Did you ever go to school stupid? Yes, and I’ve come out the same way.

A guy redefines the definition of epic win. Well, actually, a guy is being hired to be “something, i don’t actually know”. He gets a simple math question wrong, however, the interviewer tells him to prove it on the chalk board. He pwns the interviewers face 3 times. After that, he gets hired.

Length: Nice and short, if he could do subtraction, it would be even better though. 4/5
Humour: Whole thing is hilarious, makes you just stare at the screen. 5/5
Acting Skills:  Er… Just another category thrown in. I guess the interviewer is very good at pushing the other guy? 4/5
Plot: Sorta random, IMO. It works though. 3/5

I HAVE FREAKING EARPHONES TAKE THAT WORLD

Links and videos (to make up for before):

^ ..TAM’s at… somewhere. Anyone who knows where this convention is, please tell me…!

…So basically, I spent most of the day at home without my parents, which meant I was able to do anything I wanted to do…!

Which means I accomplished a lot, including getting to level 30 in MapleStory (more details tomorrow), watching the remaining aired episodes of Angel Beats!, and… stuff.

Instead of giving me a birthday present (to the best of my knowledge), my parents instead went to a friend’s house. Not that I’m complaining; only because of that was I able to do random internet stuff.

…Their friend had to move, so we looted a lot of awesome stuff, including a computer with a monitor, a desk lamp, a graphing calculator, 3 coffee tables, and 2 desks. @_@

Today was one of the better days of my life :D

^ …5 reasons why Android’s app store is better than Apple’s. Honestly, IMO apple’s not going to survive for very long in their current industry; then again, they keep on shifting focuses…

^ …A composition by a… person. It’s in two parts, listen to the second part in the link…!

^ Apple has released groundbreaking technology, the creation of smells from the iPhone…!

^ At the same time, Ben & Jerry has created virtual icecream; lick it to taste the flavour! It actually works, it’s not a prank.

^ Google (Canada FTW) has also revolutionized searching, with the search time being in different units, so that everyone can feel included…!

^ And Youtube introduces its also revolutionary TEXTp; allowing you to save bandwidth for people with slow internet…!

^ And, sigh, it’s April Fool’s Day once again… I’m sure none of the above webpages would have any pranks or anything… but Kongregate is at it again with another fake card…. -_-

^ Google is also announcing a new idea; storing actual things in Google Docs! This ranges from your keys! Your cat! Your car! Frozen dinner! Your mom! Your house! Yourself! And it’s all for only 10 cents a kilogram….! Sign up now to get a free ton of storage…!

^ Prescription windscreens…! So you don’t have to wear glasses while driving…! 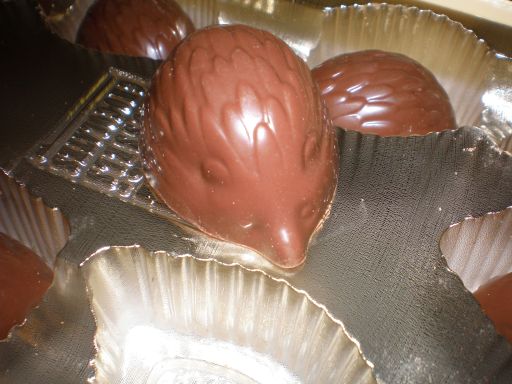 Yes, hedgehogs. Just because I had no idea what else to write about. If you’re bored, go play Hedgehog Launch (or 2)

^ …Nintendo 3DS thing is coming out… people are wondering how they’re gonna make it 3D….

^ More 3DS stuff. I honestly don’t care.. but it seems interesting, so I’m posting this…

^ 50 riskiest cities for cybercrime to happen….

^ Gundead defence, an App… It has TOWER DEFENSE, ZOMBIES, the WILD WEST, and it’s FREE! What more could you want…?

^ somewhat related, romanceotaku/MANERS/OpExp is creating some sort of thing.. check it out…

^ “A visual record of well-placed software” is what it says… just look at it… it’s art.

^ …More politics. This time, it’s about some sort of a square named after a terrorist…? I don’t really understand it…

^ Argh haet haet haet. Basically two uninformed people pushing down someone who actually has knowledge about this topic… which happens to be gaming.

^ Core gamers vs. Social gamers. A new article about that…

This faic is happy! So don't be mad about my rant!

Don’t get me wrong, I love MSPaint. It allows me to draw stuff really quickly (and with really low quality).

What I don’t like is the amount of bugs in it.

MSPaint is so amazingly simple that a bug in it would be unheard of. I mean, seriously, even I could code MSPaint; it’s just selecting a bunch of colours, selecting the width of the brush, selecting what type of brush, and voila, MSPaint. What’s more, it’s made by Microsoft, a big company that could afford to hire bug testers and fixers (now that I think about it, I realize that Microsoft is the opposite of quality).

The most amazing thing is, most of these bugs weren’t in the XP version of MSPaint (I’m using Vista right now, the worst system ever invented).

First of all, why doesn’t Paint have a function that allows you to make your brush larger?

Some people WANT to draw larger than 20 pixels a stroke. Some people actually want to colour things in with SHADING, instead of just using the paint bucket tool (named paint bucket for how crude it is) to just colour one section.

Yes, I realize that the XP version did allow you to change that (though it was well hidden by the sneaky programmers), but Vista seems to have this function disabled. What use is it to take out a function out of a program anyways..? I guess Bill Gates is too smart for me then -_-

Secondly, why does paint automatically save in a .JPG? And why the heck does the .JPG add random pixels into an area I never coloured? I understand that a .JPG uses less space than a .BMP, but I think most people would like their picture PRESERVED instead of manipulated by the laws of who-knows-what. Also, this makes their paint bucket do absolutely nothing; I colour in a seemingly blank white section, and guess what? IT’S NOT COLOURED! So what do I do? I have to use the brush to go over it! EXCEPT THE BRUSH ISN’T LARGE ENOUGH! -Microsoft uses waste time! Mushz’s time is wasted! He rants about Microsoft and how stupid it is!-

Finally, I wish to congratulate Microsoft on a successful attempt to waste my time. You win. ;-; 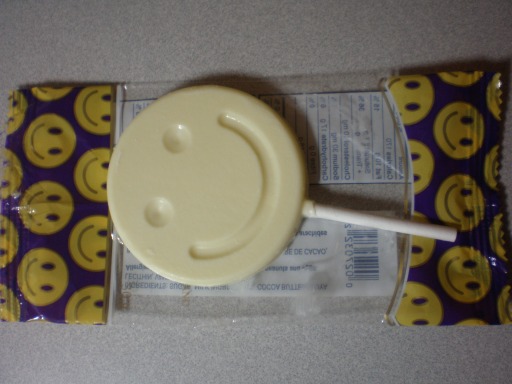 Also, does anyone know how to get a RSS feed up…? I needz help D:

http://scienceblogs.com/dotphysics/2010/03/vacuum_spider-man.php
^ A guy attempts to use a Vacuum cleaner to become spiderman and scale a building…!
http://www.youtube.com/watch?v=W1qoINo2MPM&feature=player_embedded
^ Part two of the Spiderman Vacuum Gloves..!
http://sciencebloggers.blogspot.com/2010/03/defendants-more-likely-to-be-sentenced.html
http://aerofilm.blogspot.com/2010/02/sandpit-short-film-by-aero-director-sam.html
^ A day in the life of NYC; really busy… at first, I thought this was stop-motion in, literally, a miniature sandpit… but then I realized it was an actual timelapse video… :O
http://sciencebloggers.blogspot.com/2010/03/defendants-more-likely-to-be-sentenced.html
^ According to data, defendants are more likely to be sentenced to death if they kill a “high-ranked” victim… Could just be a coincidence, but with today’s society, I doubt it…
http://www.cleverbot.com/
^ I’m not sure if this is a bot or not… it’s a clever bot, if it is -_-
http://www.cracked.com/blog/space-invaders-movie-script-leaked
^ YES, SPACE INVADERS (the movie) IS COMING OUT! THE PLOT SEEMS SO REALISTIC! AND SO DRAMATIC! :D I CAN’T WAIT FOR IT TO BE RELEASED!