Two posts ago, I began my quest. My quest to play all 100 exercises in Carl Czerny’s book of beginner piano études, Erster Wiener Lehrmeister im Pianofortespiel. What is a piano étude? Well, my previous post explains this and much less (that is to say, it does not explain much more than this), and I strongly suggest you start from the very beginning if you are trying to learn piano.

Actually, if you are trying to learn piano, I strongly suggest you do not try Czerny’s piano exercises at all. The learning curve is too steep, and without a proper piano teacher, your form and posture will be all incorrect. I do not count as a proper piano teacher because my form and posture is already incorrect and its incorrectness is already incorrigible.

This post, we’ll talk about posture, technique, and another guy, Hanon, ‘s exercises. That’s improper grammar and punctuation, but I want to pronounce ‘Hanon’ with pauses at each end, and ‘s exercises together as one word, because English is stupid and French liaisons sound really, really good. Unlike my performances of the following exercises.

END_OF_DOCUMENT_TOKEN_TO_BE_REPLACED

Last post, I announced my great expedition to record all 100 exercises from Carl Czerny’s book of études, Erster Wiener Lehrmeister im Pianofortespiel (no, don’t ask me how to pronounce that).

This Musical Monday, you will learn about accidentals and key signatures, the qualities of an étude, and of the history behind this collection.

But without further ado, let us begin with post two (hey, that was a rhyming couplet!).

END_OF_DOCUMENT_TOKEN_TO_BE_REPLACED

I have a musical history exam in approximately 3 hours (since this post is scheduled, I’ll be finished my exam /exactly/ when this post is published), so here’s a short post for today, seeing as Blood Lad 13 was released some time ago. 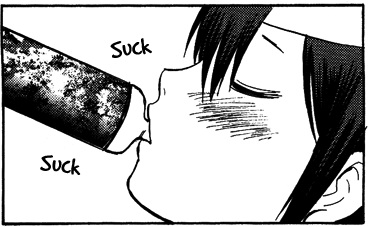 END_OF_DOCUMENT_TOKEN_TO_BE_REPLACED

Steins;Sub is just so slow and it’s so hot today and CCCP’s borken and i can’t watch anime and i don’t feel like doing anything else and i just want to watch something and steins;sub isn’t releasing steins;gate and wow it’s hot and im lethargic and i need to post and wow what a lazy day

END_OF_DOCUMENT_TOKEN_TO_BE_REPLACED

Let’s Just Try to Get This Organized

I’ve deleted all stupid posts. >:(
I’m not sure whether or not the YuChoy one is true.
But argh can’t you guys have any semblance of organization :<

awesomebananadancer will not be posting until like August 6th due to an exam.

yuchoy will not be posting till an undefined period of time as right now, he is in California.

Houraiguy will also probably not be posting until mid-August due to vacation leave.

awesomebananadancer will not be posting until like August 6th due to an exam.

So, I was at Mushy’s house today, we did history for a lot of the day so he didn’t have any time to make a post. However, we will give you a short fact about Beethoven.

His fame as a pianist in Vienna gained in many influential friends such as Prince Lichnovisky, Prince Lobkowitz and Count Razumovsky.

Now, I’m sure everybody who reads this post will remember 3 of his best friends. :D