As part of our (frankly non-existent) poetry unit, our English class chose a poem to either analyze or recite. It’s our first and final poetry assignment. Yes, the entire unit lasts a week. Anywho, not being a literary person myself, I chose the traditional method: recitation.

What poem? Well, our only options came from this site, Poetry in Voice. (I think it’s part of a communist conspiracy between teachers to create a fake monopoly on poems.) The first poem I chose/am choosing is entitled ‘Introduction to Poetry’. Click on that link to read it (it’s literally a hundred words long).

There’s a second poem I’m choosing as a backup in case anybody recites this first, and I’ll talk about its overanalysis in tomorrow’s essay. But today, I’d like to ask: what do you guys think about poetic analysis?

This poem is ironic in itself: it cautions against overanalysis, yet people are still overanalyzing it. For example, this first guest analysis is simply wonderful. Thank god we have Google to let me understand how “the American world failed, so his culture. America is now melting or returning to his mother europe to cry together, those days.”

Consider this analysis. Poetry analysis isn’t actually deep. It’s trying to flesh out the simplest concepts as tortuously as possible. What did you think when you read the poem? You thought, “Wow, this guy really is frustrated with his students’ overanalysis.” That’s all the link above writes, but with a thousand more words.

What would happen with briefer poetic analysis? Or less nitpicky ones (sometimes, alliteration and assonance are accidental, as in all my articles)?

On one hand, we have this attitude. On the other hand, prose is shorter than verse, and thus, poets actually do have to mull over every single word! But does that mean every single word has meaning?

Twitter shows that the opinions on this run the gamut, and I guess it’s a fitting (no, not really) topic to reignite O-New’s lagging literary impact. Thoughts?

A haiku, by Mushyrulez.

P.S.
Asuna, with her
Maxed cooking skill, really is
A strong female lead.

P.S. The anime club president has officially out-nerded me in Touhou. I heard him talking about cancer research, meteorology, and ancestral blade arts and how it relates to Hina becoming a hurricane in the Scarlet Devil Mansion because Nitori suddenly appeared riding on Mimi-chan. How do you even COME UP with this shit

Observing a Nostalgic Elegy for Winter 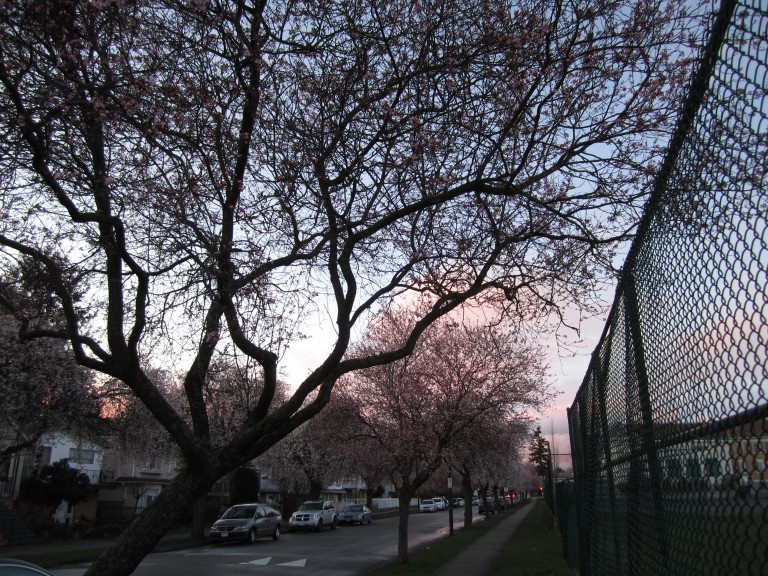 Walking to school at dawn of Winter day,
The bright pale sun gives frozen hands no aid,
Hands in my pockets, keeping cold at bay,
The green grass lays covered by the white snow’s shade.

Rubbing my eye, the sky lets out a sigh,
For one can’t see if one’s completely blind.
That’s who I was, a dense and shallow guy.
Not learning true knowledge; just the tasks assigned.

Walking back home while underneath Spring rains,
A burst, a pang; in pain’s my heart and brain.
When suddenly words appear in a quatrain,
Not one, not two, but five! With its refrain:

What use is this, the constant homework’s grind?
The endless waiting ’till the end, July?
Using this time, to keep students confined?
The leaves fall down swiftly from an Autumn sky.

Yet, nothing can be done, to great dismay,
It fell upon me; a fiery grenade:
Go with the flow, and you won’t move astray,
A final conclusion, and my mind was made.

And now, only this poem still remains…

Oh, the irony, of reality.
Constitutes its paucity; cursed brevity.
Sit down and brood; bang, five hours elasped,
’cause the world keeps,
turnin’ round and round and round…

Gathering strength, ’till it reaches a hegemony that’s uncontainable.
Suppressing rage, ’till it reaches a fury almost uncontrollable; and then what?
I don’t know what to do, dimensional time, it just flew.
Nonchalant, celestia still rigaudon,
as the Earth moves on and on…

As a mime, tangled in gross imagination,
can you see, hear, feel this disqualification?
Even if we all gazed into the ground,
time goes passing,
the Sun goes up and down…
Life is short, but Death is shorter at the end.
Introduce, while still remembering an append.
Nature changes, but time vamooses down.
As the days pass,
they go on and on and on…

I tread all down, leave all my life’s belongings, memories, all disorganized.
I try to speak, I have no mouth but must scream out how everything’s all a lie,
or at least a mistake; why people, are all so dull?
All the pain, all the thoughts incapable,
of expressing out and out…

Oh the irony, of society.
Industrialization ends in inefficiency.
Communications malfunction fast,
and the years,
they still go past and past…
Rationale purged, marked as refuse, and dumped away.
Savagery pervades the crook’d community.
Still, I ponder – self: ‘What is all this for’?
Sheer destruction,
though we’ll ‘advance’ more and more…

Our fate’s end is naught but a menace of foreboding stature.
Sweep clean our slated past; embark on exploratory future.
Seek fame, wealth, influence, or at least profitability.
Have you found meaning, or in languish, waiting to be set free?

Oh, the irony, of our mentality.
Congruent logic, but no hint of sanity.
I don’t think I’ve ever felt so alone,
But the digits, time still,
adds up and up…
Indifferent to whims, the seasons cycle on.
Sadness spreads rapidly; suddenly it’s gone.
So, let us rejoice – the Earth is still here.
For the world spins,

Roses are red,
Violets are blue.
Salad is green,
It’s good for you.

I believe that might have been the stupidest poem I have ever written. By the way, the only reason it’s about salad is cause I’m eating it right now. The lettuce and cucumber was grown fresh right from Mushy’s garden. Harvesting from a real garden is really different from FarmVille I bet…)

Anyway, I’m probably just gonna be rambling on about stuff, it most likely won’t have anything to do with poems at all.

Today, I haven’t been productive, then again, I usually don’t do much stuff cause I’m stupid. I’m only good for eating, sleeping and crying when I’m level 1. As I level up more, I can do more things, at level 25 or so, I can run, eat, touch things I’m not supposed to touch, eat, count, eat, sleep and eat.

I feel tired right now, I think I’m gonna sleep in this sleeping bag at Mushy’s house after I eat my jacket.