A modern epistolary article, by Mushyrulez.

I am pleased to inform you that your application to be a Beta Tester for Sword Art Online has been approved by our customer services department. This letter summarizes your responsibilities in the implementation of this Beta Test. Attached please find the detailed Terms and Conditions of this Agreement. By creating an account for Sword Art Online, you accept these Terms and Conditions.

As a Beta Tester for Sword Art Online, you will:

END_OF_DOCUMENT_TOKEN_TO_BE_REPLACED

WARNING: To all who appreciate Shakespeare, proper English grammar, and/or Sword Art Online, I apologize in advance for any permanent emotional/mental damage reading this post may have inflicted upon you. Serves you right for reading O-New.

A Shakespearean re-enaction, by Mushyrulez.

SCENE I. The Headquarters of the Knights of Blood.

HEATHCLIFF: If thou wishes to elope with Asuna,
Be best to settle it in noble battle.
If thou succeeds, so win you her, but:
If losing thus, thou’dst join the Knights.

KIRITO: In battle fair, so let it be.
This affair, I’ll settle upon my sword.
And be not one to cry ‘Hold, hold!’

ASUNA: Thou art dull beyond dull,
In fight with valiant Heathcliff, how dost thou
Expect a victory?
It is murder to regard such.

KIRITO: Dissolve thy fears, for fearing such,
Thy complexion approaches a plum.
A warrior shirks never the call of war,
To bait me thus Heathcliff reigns cunning,
Yet against cold steel what words can show?

ASUNA: Thy abilities extend past mortals’ reach,
But Heathcliff dost have more withal.
His shield is saintly,
His robes sacrosanct,
A Nemean beast; sees none his blood.
Alack! I mourn for thee.

KIRITO: If he merely acts the Lion,
Become it, O sword of mine.

END_OF_DOCUMENT_TOKEN_TO_BE_REPLACED

“You WILL join the army!”

Gary Stu Pirates’s booming voice echoed throughout the Forum. It was an open secret Caesar and the Populares were planning to invade Rome, and Pompey needed all the men he could muster. Yet, Mackenzie Ulysses Svetlana Harjot Zdrojkowski was never much for battle. A scholar at heart, he longed to let the days flow by, immersed in study of the Ancients. But war was nigh, and this was his obligation. For his people, for his country. 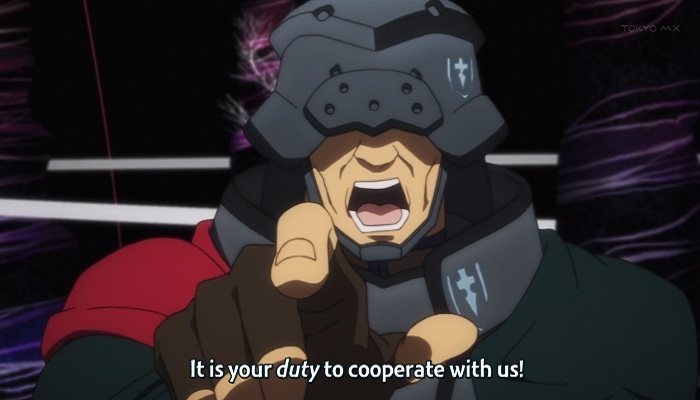 Begrudgingly accepting a heavy nondescript chestplate from the centurion, he trudged out towards the training grounds that would be his home for the next seven months.

END_OF_DOCUMENT_TOKEN_TO_BE_REPLACED

A haiku, by Mushyrulez. 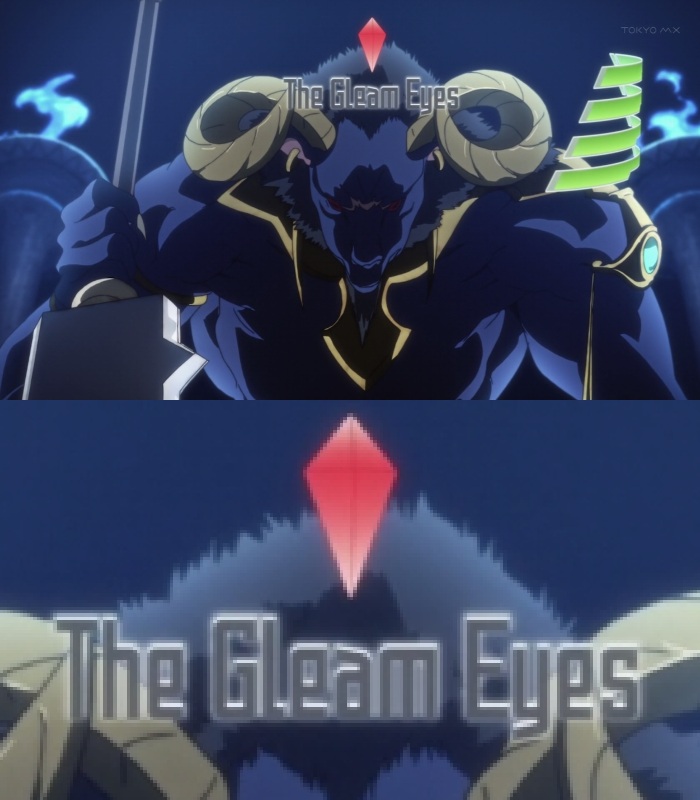 P.S.
Asuna, with her
Maxed cooking skill, really is
A strong female lead.

A testament to papers, by Mushyrulez.

IRVINE – The popular online entertainment game, World of Tawnlign (WoT), has been pulled from shelves in several cities across North America amid claims of sexism and related charges.

The decision was made barely a week after the ICPD filed a lawsuit against popular gaming distribution agent, GameStart, as part of an international anti-sexism directive. The decision was supported by Canada’s Standing Committee on the Status of Women (FEWO), but many video gamers were disappointed by GameStart’s actions.

“I expected more from someone like GameStart. They’re supposed to protect gamers’ rights, not kowtow to a lawsuit just to cover their own asses,” said Louisville resident Jim Johnny Jones Wednesday. “It’s just outrageous! The consequences are extraordinarily excessive. Besides, this won’t stop online stores from selling [World of Tawnlign] to us. Completely useless.”

On GameStart’s official forum (external link), users are expressing similar sentiments. From one vidjaweeblard430: “im tired of all these femanests [sic] suing so f***in indescrimenenly [sic]. im a girl and i dont see any problem with WoT. akchualy [sic] i look more smexy there then [sic] i do irl lol.”

ICPD chairperson Mackenzie Ulysses Svetlana Harjot Zdrojkowski defended their decision with a thirty-minute speech on Tuesday. “This discrimination has continued on for far too long. If we are to prevent all discrimination as our organization title goes, we must tackle this problem at its branches,” he had to say about their campaign. However, the ICPD remained silent on whether its reaction to World of Tawnlign’s avatars was appropriate.

UPDATE: Zdrojkowski e-mailed back O-New on Monday, claiming that “Any discrimination in any form based on race, creed, sex, orientation, or anything at all is completely unacceptable, no matter the severity,” and that “[The ICPD] must set an example for all to follow.”

The ICPD lawsuit alleges that the developer of World of Tawnlign, Tempest Entertainment, Inc., purposefully “limited female player choice” by forcing them to “only wear skirts throughout the game.” Furthermore, Tempest “excludes hermaphrodites from active sexual participation” because of “arbitrary genital limits”. World of Tawnlign requires a pre-game genital scan to confirm gender, although in-game, all men have identical testicles, and all women genitalia differ only in colour.

Members of infamous ‘hack’ group LolSex claim to have found a workaround. From a blog entry (external link) dated June 24th, “It’s actually quite easy [to wear pants.] […] The exploit here deals with Steel Legplates, Dragonskin Leggings, and Worn Corduroy Pants’s internal sex modifier being unmarked for the Asuna. [Tempest Entertainment] will probably patch this up within the month, but until then, enjoy your newfound pants!” Representatives of Tempest Entertainment could not be reached for comment, but LolSex reports that “the bug still hasn’t been patched.”

The Asuna race “are the smartest sentient beings in World of Tawnlign”, says its official wiki (external link). Their diminutive stature and bitchy tsundere attitude create problems for cross-race equipment, possibly leading to LolSex’s exploit. World of Tawnlign is set in the fantasy world of Tawnlign, and takes place 250 years after the original War of Tawnlign. Players must reunite the estranged members of the legendary guild Fate’s Boundary to save Tawnlign from the five resurrected Chaos Dragons.

World of Tawnlign is currently the world’s sixth most popular online video game.

The Associated Press is entitled exclusively to use for re-publication of all news dispatches credited to it or not otherwise credited in this paper and all local news of spontaneous origin published herein.

Crafting:
– Does Liz have to learn how to melt iron into steel, how to balance its carbon composition, how to cast a steel alloy, how to heat the alloy, how to taper the edge, how to normalize the metal, how to anneal the blade, how to temper and coat the sword, how to attach the hilt, how to craft the pommel, how to sharpen the blade, and so on…, or does she just have to do the Virtual Reality equivalent of clicking ‘craft’? You can see the ingot literally morph into a sword (complete with hilt), but then adding all those other steps such as sharpening the final weapon seems unnecessarily complex…
– I wonder if every single combination of metal and crafting technique produces a uniquely named sword, or if only certain combinations work. An adamantine + dirt sword would be PRETTY DAMN AWESOME, but it’d take ages to name and add effects to all of them.
– Perhaps the sword name depends on the way the sword was crafted too… which would make it even more complex. There’s a reason games don’t do this, and it’s because :effort:
– My spellchecker says ‘adamantine’ should become ‘daintiness’.

Dungeons:
– How long does it take the dragon to regenerate its limbs? Or is that an entirely different dragon? How come the limited exp pool plot point from episode one is completely glossed over? Why do monsters still respawn‽
– Is the only way to get that metal from falling inside the pit, or do you get it when you kill the dragon? If you have an insanely high Persuasion stat, can you coax the poop out of the dragon? Is it possible that all monster drops are actually monster droppings? Are you sure you still want to eat that chocolate truffle?
– Are you supposed to be able to run out of that bottomless pit? For that matter, how did Kirito escape the death room where Sachi died?

Girls:
– How come everybody Kirito creates a relationship with is a girl, and how come all of them die/disappear after Kirito meets them? Where’s Klein?
– How come every girl’s hair is differently coloured? How come we’ve never seen any guy with nonstandard hair colours?
– Asuna sucks. ASSuna backwards may be ANUSsa but saying “You just want to possess her!” doesn’t make Asuna a strong female character. Being the Vice-Commander of the Knights of Blood doesn’t make Asuna a strong female character. Having permanently angry eyebrows doesn’t make Asuna a strong female character. The strongest characters aren’t strong because the author tries desperately to persuade you; they’re strong because their actions show it. Asuna’s flippancy/austerity combo doesn’t convince me that she’s a character at all. Read those posts, I can hardly say this better.
– On the other hand, moèblob Liz is almost worse but at least she’s not bipolar. Furthermore, the ending of this episode… c’mon, tell me you didn’t feel for Liz. Sword Art Online is a story of jealousy, cockblock Asuna’s woefully oblivious to Liz’s feelings, and Kirito is a humongous egotistical asshole (sorta like me, but not as cool). Were we supposed to feel that Kirito’s ‘consolation’ was enough to comfort Liz? Don’t give me those droppings

A detective mystery, by Mushyrulez.

Oné W. Bloggs’s body dropped lifelessly to the ground beneath them, a silver dagger glistening red in her back.

“Vice-Commander Mackenzie Ulysses Svetlana Harjot Zdrojkowski of the Knights of the Rhine, you handle the rest!” cried Jim Johnny Jones as he spotted a dark shadow moving in the distance. “I’m going after him!”

Of course, nobody listens to Mackenzie’s advice, and so Jim Johnny Jones sped off into the sunset, gun in hand. As he raised his monocle to steady a shot at the cloaked assassin, to his immense surprise…

END_OF_DOCUMENT_TOKEN_TO_BE_REPLACED

Sword LARPs on the Rhine 5

An experimental light novel-esque, by Mushyrulez

“We’ll lure the field boss into the village.”

“W-Wait a second. If you do that, the villagers-”

“That’s the idea. While the boss is killing NPCs, we’ll attack and destroy it.”

“Alive? Is that it? They’re just objects. They’ll simply respawn if they’re killed.”

“I, Vice-Commander Mackenzie Ulysses Svetlana Harjot Zdrojkowski of the Knights of the Rhine, am overseeing this operation. Jim Johnny Jones, you will obey my orders.”

“Man, I mean yo, what the fuck? Is there any need to LARP so seriously, dude? I mean I’ve honestly never seen somebody as retarded obsessed with decorum as you, and I’ve been involved in some pretty sick LARPing back in my day. Yo, I understand acting like some asshole commander in-character and shit but we haven’t even started the game! I mean really we’re just like scouting out venues now, not preparing to kill NPCs or whatever. You disgust me. Get out of my fucking sight.”