DISCUSS THE RAMIFICATIONS OF THIS VIOLATION OF PERSONAL SPACE

That ‘says’ is pronounced ‘sez’, as in ‘He says that O-New is slowly dying.’ It’s a pun, alright.

Just wondering: how do you guys use your YouTube accounts, if at all? Vimeo’s another popular video sharing website, which seems to be equally valid as a video-sharing source…

Myself, I upload videos of music to YouTube; as YouTube has the largest audience pool, YouTube videos usually get more views than equivalent videos uploaded to Vimeo, etc. I also subscribe to various music channels on YouTube, so instead of keeping a playlist, I can simply flip through my subscriptions’ recent uploads for convenient (and diverse) homework music.

I’ve seen others use YouTube to post gameplay videos, to upload old music archives, to share (private) videos with friends/family/socials teachers, and even as a blogging vehicle. Indeed, anime blogging seems to be slowly morphing into anime vlogging with all these podcasts and such. (I never listen to podcasts because you can’t skim a podcast…)

No, this isn’t a school infotech survey project. I’m just wondering because YouTube is so ubiquitous nowadays – I find myself always watching/listening to at least a video every single day. Is that going a bit to far? I don’t know. You tell me.

There are three things taboo on anime blogs: politics, religion, and manga. The first two for their divisiveness; the last one because otherwise, you’d have an animanga blog.

Firstly, there’s absolutely no reason to talk about politics or religion in a blog that talks about foreign cartoons. You don’t see any Chinese bloggers out there talking about the Senkaku Islands, even though anime come from Japan.

Secondly, I was lying. There are reasons to talk about politics or religion in anime blogs, but you must clearly state those at the posts’ beginning (at least, people must expect it, sometimes by virtue of your site itself). Otherwise, if you thought you were just reading a lighthearted Girls und Panzer post but found yourself dragged into a mire of neo-Nazi propaganda… well, let’s just say that you won’t be going back to that blog anytime soon.

I’m wondering if anybody would be interested if O-New took political questions into You Say Tuesdays – not questions like ‘Do you think Obama deserved to win?’ but things like ‘What kind of impact do harem anime have on Japan’s ongoing sexism?’. Really, politics is the most interesting conversational topic ever. There are so many things to say, things to hear, things to consider and things to learn about. Politics offers a limitless supply of intellectual and informative discussion and debate.

Of course, there will be limits. I never moderate non-spambot comments, but the potential for flaming and frustration will rise up to eleven. Thus, if we ever do this, I will require all comments be relevant (to either the post itself or the comment being replied to), clean (every single objectionable word, including ‘crap’ and ‘darn’, will be censored), and involve no ad hominem attacks whatsoever. If the atmosphere ever escalates to verbal blows, I will lock the thread.

Welcome to another You Say Tuesday, where the power is in your hands to make a difference (in O-New’s comment count) by arguing against my incredibly biased claims.

All you have to do is click a button; you don’t even need to think of anything witty or insightful. Just click a button and you’ll have boosted my self-esteem to moderate levels after a crushing math test blow.

Now imagine if, by pushing a button, you could stop a warlord. Yes, a real life warlord – a warlord who’s forcibly recruited over 100,000 child soldiers and sex slaves over the past 26 years. How? It’s simple: by sharing a video, you ‘raise awareness’ of these horrible atrocities, allowing you to lobby the United States government or the Ugandan military to send military forces into the region, apprehending Joseph Kony.

END_OF_DOCUMENT_TOKEN_TO_BE_REPLACED

Today/Tuesday’s question: what will you write to represent Juryoku in your Shinsekai Yori posts?

Haven’t went through the second episodes of Shinsekai Yori yet, so dunno if the situation has changed. Hover over images for sub groups. 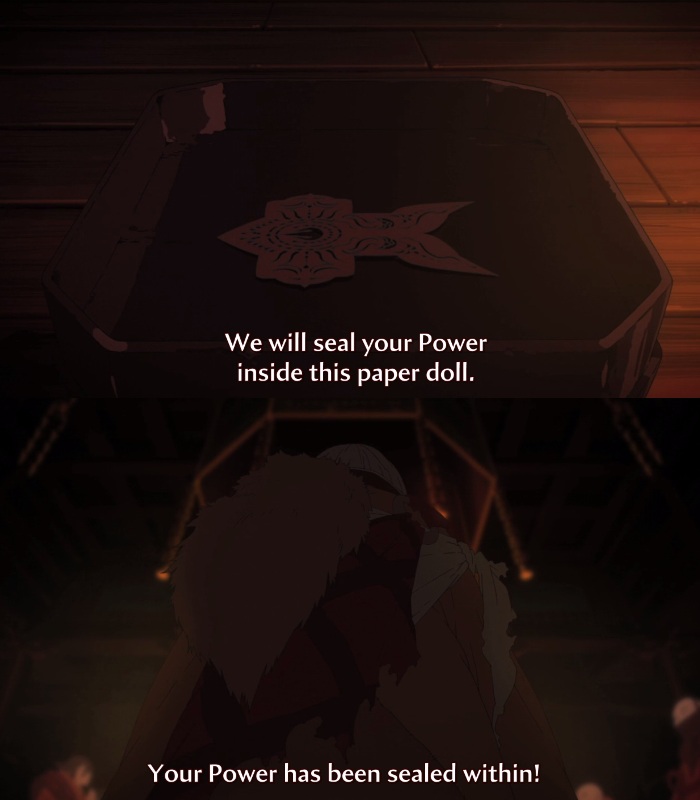 END_OF_DOCUMENT_TOKEN_TO_BE_REPLACED

Creepiness, Availability, and a Vocal Minority

Welcome to another You Say Tuesday. Instead of focusing on all of my wonderful uneducated rambles, today’s post is about you. And your valuable comments. Together, we might be able to solve an amaranthine problem that has haunted countless generations of netizens and Fox News reporters alike.

END_OF_DOCUMENT_TOKEN_TO_BE_REPLACED

I’m suddenly one of those not-so-mysterious transfer students in school now. With new students come new relationships, but you can’t be friends with somebody you don’t know. So, the school organizes mandatory social welcoming events.

Think back to the first day of high school. You might’ve known a dozen people from your elementary if you came to high school together. You might’ve known nobody if you were attending a special program. Regardless, there are new people to meet, and the duration of September seemed like the essence of awkwardness.

But was it really?

I shrug these icebreaking events off as cheesy and forced. We spent full yesterday outside meeting new people (it should’ve been a three-day camp, but in today’s economy…), and I was unimpressed at first. Arriving at school forty minutes early to… play a game of chain tag? Run around poking people’s backs? I didn’t know anyone, and was loathe to link faces to names – it took me fifteen months to memorize az’s full name, and after five years, I still don’t know hourai’s.

Yet, at the end, it somehow worked out. Despite forgetting names, I knew they were friendly. Comrades, if you will, comrades in the fight towards university. The awkwardness was dispelled not by the activities’ amusement, but by the activities’ stupidity and our shared contempt of those puerile events. By late afternoon, we were united not by fun, but by groans of disdain. A collective dejected sigh was unceasing during the events.

What about you guys? How do you break the ice with others? Do you go straight up handshake-style and introduce yourself to random strangers in the halls? Do you sit back and wait for people to talk to you (hah, not likely)? Do you just only hang out with people you already know?

The difference between real life introductions and Internet introductions is also interesting, although similarities exist, such as my shouting in all caps and being extremely obnoxious. What do you guys think of that (of the difference, not of my obnoxiousness)?