“It’s all part of my plan… to take over the world!

To those who don’t live in alien countries (Japan, China, Saskatchewan, Arizona, Iceland, etc.), you should have already went out of Daylight Savings Time by now – which means that this blog’s ‘day’ ends at 16:00 instead of 17:00 (PST). Expect much more late posts. Many more.

Anyways, seeing as I really haven’t watched anime for about a month and just started watching again… yesterday… the HSR-season coming in right now is hitting me at an odd time. I’ve also not looked at aniblogs for quite some time so if my opinion shifts away from the norm… WAIT MY OPINIONS ALWAYS SHIFT FROM THE NORM

In every anime there’s a Kuroku.

You can see that this post has been ‘published’ 3 days before I actually have published it.

Kousaka Kyousuke’s just a normal 17-year-old awesome guy, not yet exposed to the indecency of online vagrants lurking upon a multitude of imageboards and blogs.

His little sister, Kousaka Kirino, is a 14-year-old world-class bitch who happens to collect (quoted from Wikipedia, the headquarters of truth) moe anime and lolicon bishōjo games because they’re so kawaii desu no. Desu.

She then wants a life consultation.

Thusly, she must go out and talk to other people with no life!

She decides to join a club full of other little-sister-porn-watching girls, and all goes well as she makes friends with some gothic loli, Kuroneko, and some stupidly tall blind person, Saori. 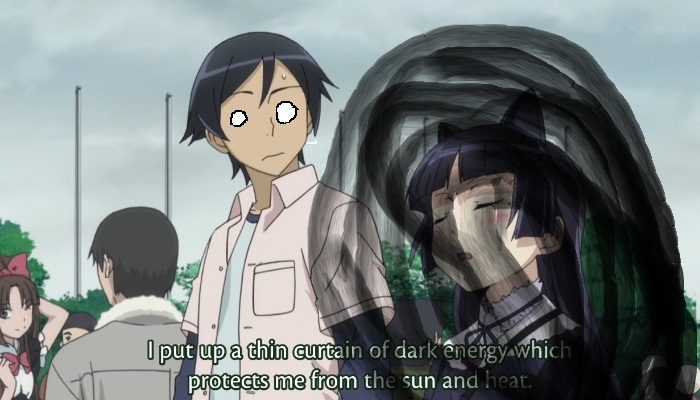 It’s also revealed that she works as a professional cosplayer to counterbalance her little-sister-porn expenses. 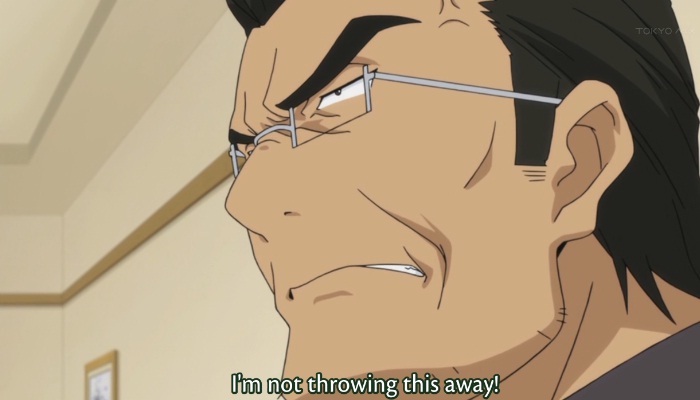 “YOU WERE A BOY AFTER ALL!” 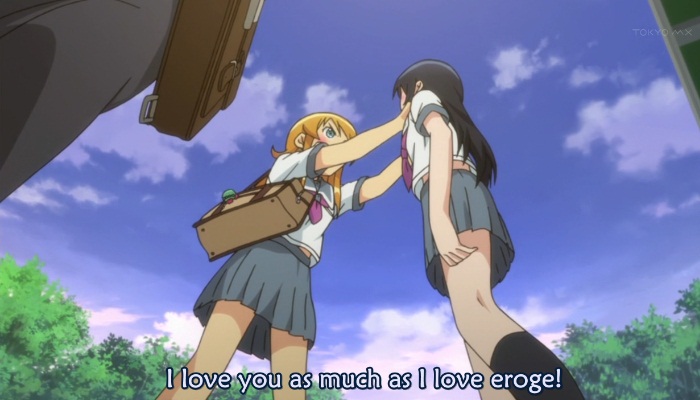 What you should try to avoid saying when making up with a friend.

Kyousuke then tells Ayase that he loves Kirino, like, siscon-love, and that somehow gets Ayase and Kirino to reconcile.

Oh, and then Kyousuke goes to his childhood friend, Manami’s house. Unimportant stuff happens, including Manami’s grandpa dying. Then coming back to life. And her little brother trying to play guitar with a banjo. Or Asian banjo. WHATEVER

And the one about Kyousuke loving Kirino doesn’t even make sense. How does that work? Why does that make Kirino able to make up with Ayase? I don’t get it. I’ll probably have to rewatch the scene several times to find out, and I’ll post about that later. But still, if you were with your little sister, and she had a stack of little sister porn, and her best friend found out, what would you do? Saying that you love her doesn’t make it better! It adds flames to the canola on both sides, killing our national revenue and shrinking the Canadian dollar! WE’RE AT PARITY WITH THE US THIS IS OUR BEST CHANCE TO TAKE OVER THE SOUTH oh wait what am I saying 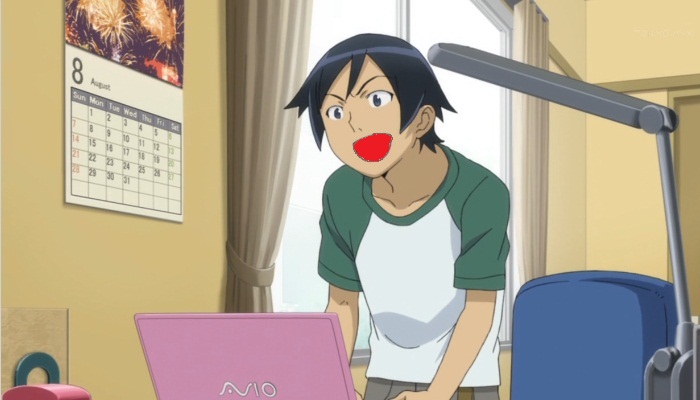 I like the different OP/ED each time, though it’ll be hard-impossible to actually have a memorable ED like this. It’s like HotD. I’d rather it be the same each time than different each time, TBH. The OP’s different character showing is cool though. Also, Afroman’s subs are cool. No. They’re awesome. Afroman’s now my number one fansubber. Watch their subs. Now.

And finally… yeah, I really like how this is so specifically targeted to anime-lovers. It’s not like anyone else is gonna watch this, as Bleach HASN’T FUCKING ENDED.
I’ve never actually told my parents about my anime-watching habits. I suppose they already know, but don’t care; just like with my grades, my homework, and generally my life. Contrary to what I may have stated some time ago, I love my parents.

Oreimo does this too, showing the soft side of the hard, strict, ex-cop as well. At the end, you just can’t ignore your family – they’re your family. I just do hope that Oreimo’s not trying to teach us some really crappy children’s story moral at the end…

This entry was posted on 2010/11/07 by Mushyrulez. It was filed under Animanga and was tagged with Animanga, Anime, Anime Half Season Review, Images, Links, Mushz, Ore no Imouto ga Konnani Kawaii Wake ga Nai.